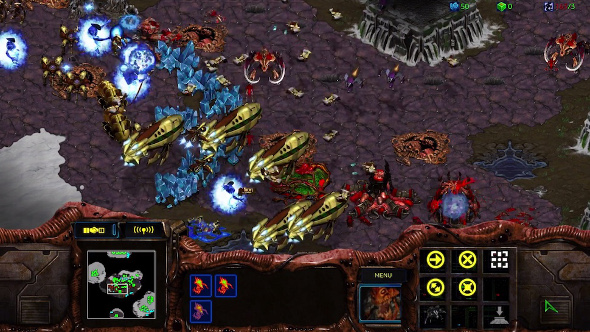 South Korea’s famous internet cafes – better known as PC bangs – have accused Blizzard of breaching antitrust (competition) law after the publishers announced plans to charge them an hourly fee for offering StarCraft: Remastered to their customers.

Natrually, StarCraft 2 made our list of the best strategy games on PC.

According to the Korean Herald, the Korean PC bang association object to Blizzard’s plan to charge between 203 and 233 won (roughly 20 cents) per hour to offer StarCraft: Remastered, whereas PC bangs could offer the original game for a one-time package purchase.

Blizzard’s justification for the new policy is that the Remastered version affords a range of in-game benefits for those who play it at PC bangs, such as extra experience points, thus benefitting PC bang owners and justifying the fees.

The Internet PC Culture Association counter that the only difference from the original is upgraded graphics, and that Blizzard are unjustified in charging new fees for essentially the same game. They also argue that stability issues with the old version force them to install the new one, and that this constitutes an abuse of Blizzard’s market position:

“Blizzard Entertainment is misappropriating its superior market status to push unfair measures to PC bangs owners, most of which are small-sized business owners,” the association say.

The petition was filed with the FTC on Sunday.

StarCraft: Remastered has been playable in Korea’s PC bangs for two weeks now, but it’s due to launch worldwide today, unlocking at 10:00 Pacific(that’s 13:00 Eastern, or 18:00 BST).

Blizzard are celebrating by livestreaming a LAN party on Twitch. Sean ‘Day[9]’ Plott and Nick ‘Tasteless’ Plot are hosting on Day9tv – you can tune in from 12:00 to 21:00 Pacific time both today and tomorrow.