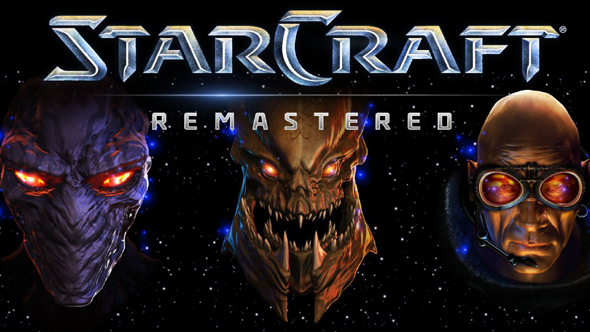 Blizzard Entertainment have announced today that the enhanced version of the original StarCraft is coming out August 14 with numerous improvements.

The first StarCraft is still excellent but the sequel is high on our list of the Best Strategy Games on PC. Why don’t you have a look what else is on there?

The Remastered edition will include both StarCraft and the Brood War expansion and feature widescreen UHD support for 4K resolutions, cloud saving, improved music and sound, and new matchmaking and leaderboards. Players will also be able to switch between the remastered and original editions of the game at the press of a button – similar to Full Throttle: Remastered or Halo: Anniversary – although why anyone would want to in this case is another matter.

Rather excellently, the Remastered edition will also be compatible with the original version of StarCraft. That means anyone who purchases the upgrade can still play matches against players who haven’t.

StarCraft: Remastered will be available August 14, 2017 from the Blizzard store priced at $14.99 USD/£12.99 GBP. Anyone who pre-orders will receive exclusive building skins to use in the game, comprising of the Char Hive, the Korhal Command Center, and the Aiur Nexus. Additionally, anyone who purchases will also receive special bonuses for StarCraft II, including Alexei Stukov as a co-op commander and three unique portraits.