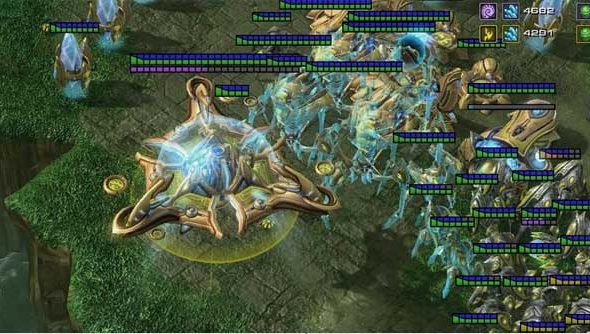 While the release of Starcraft 2’s second episode is currently slated for 2013 and consequently ages off, in a couple of weeks it’ll be due out ‘this year’, which means ‘imminently’. To prepare for that binary switch, Blizzard are making room for more players in their ongoing beta test. Any players who pre-purchased the game before December 18th are now flagged for beta access, and any who digitally pre-order from now on will be added to the beta “in waves” every week or so.

Find the beta client here. Don’t forget everything we just talked about, though – you’ll need to have been granted access to login.

If you prefer your expansions to come in boxes, Amazon and other retailers will be sending out promotional beta key codes with physical pre-orders. Heart of the Swarm: Collector’s Edition comes with a Zerg mouse mat, so there’s that to consider.

Heart of the Swarm’s released on March 12th, and Blizzard boss Mike Morhaime thinks “a lot of people will be paying attention”. Are you?