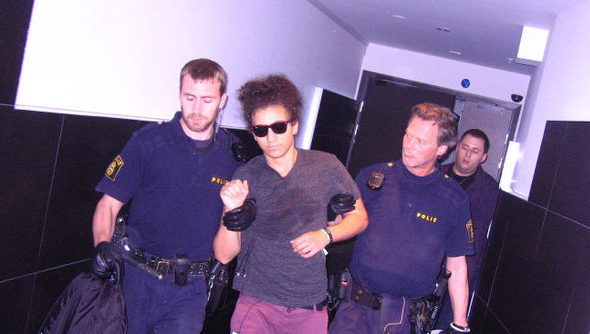 Ilyes ‘Stephano’ Satouri is one of the most notorious players in the Starcraft II scene. The famously self-confident French Zerg is well on his way to the self-stated goal of making as much money as possible from his Starcraft II career and then heading back into education. Quite how far he’s going is another matter entirely.

Stephano’s
gaming career began in France, where in 2003 and at the age of ten, he


started playing Warcraft III: The Frozen Throne. After flirting with the
offline game for over two years (the poor lad didn’t have the
internet), he moved into competitive play. In 2008, he won his first
offline tournament – Ping Arena 12 – and he joined Millenium – the team
with which he would later rise to fame in competitive Starcraft II.

In
Autumn 2010, Stephano began playing Starcraft II as Zerg. His
reasoning? Out of the three races in SCII, Zerg are the most like
Warcraft III’s Humans – the race Stephano formerly played. He quickly
won several weekly online tournaments in early 2011. His climb to the
top had already begun.

Stephano’s
first major achievements were during the Homestory Cup III – an
unconventional invite only SCII tournament that’s held twice a year in
Germany, at the home of caster, Dennis “TaKe”
Gehlen. The young Frenchman came out first in his group, defeating HuK,
who as it turns out, would later emerge as the tournament’s victor. In
spite of plunging into the lower bracket, he knocked-out big-name pros
like White-Ra, Jinro and XlorD. He was finally defeated by MC – and
there’s no shame in that.

The
Zerg’s first big win, albeit amid some controversy, came later that
year at the ASUS ROG 2011; Stephano won third place and with it the
bronze medal despite trying to lose purposefully to Brat_OK in the last
match of the group stage, in order to dodge a matchup with Sen. It
clearly displayed Stephano’s resolve to succeed – whatever the cost.

Stephano’s
team history isn’t squeaky clean either; a debacle surrounding the
supposed signing of legally binding documents emerged, when Complexity
gaming – an American pro-team – made an offer to the French SCII star,
which he publicly acknowledged, but later changed his mind about.
Complexity announced the recruitment of the Zerg in September 2011 to
which Stephano responded:

“I’m very happy to join coL. It’ll be a whole new experience for me and I’m confident I’ll enjoy my whole time with the team.”

Millenium
– the team he was signed to at the time – were apparently unaware of
the situation and issued a statement suggesting that the French SCII
player had been manipulated and confused by the American team and as
such, would remain with Millenium for a further 12 months. An
extraordinary controversy exploded as Complexity insisted that a
contract had already been signed.

Fortunately
for Ilyles, the problem was mediated by a third party and after paying a
fine, Stephano was free to stay with Millenium.

The full details of the imbroglio can be viewed here

The
slew of successes continued for Stephano as he destroyed Lucky in his
biggest win at the time, at the IPL Season 3 final 4 – 0, taking the
number 1 spot, a $30,000 prize and the coveted IPL trophy. Following
this, at the 2011 Electronic Sports World Cup, he took yet another first
place and $26,000 after defeating MaNa – winner of this year’s
Dreamhack Summer.

During
the ASUS ROG 2012, Stephano made it to the top three for a second time
after defeating Puma 3 – 0. Facing Korean Protoss, Polt in the final, he
lost 4 – 1 – a loss he would later have the chance to recoup. Despite
his failure to reach the top spot, he took the silver and his second
podium placement at an ASUS ROG in as many years, further bolstering his
self-confident demeanour.

Satouri
faced Polt a second time at the finals of The Lone Star Clash later the
same year. Defeating the latter twice in a row, the Zerg won the
tournament. Despite the relatively humble $5,000 prize for first place,
the money tipped Satouri into triple figures for the first time in his
career and in turn, into the top ten highest earning Starcraft II
players of all time – a significant achievement for a player whose
intention is to make as much money as possible and then retire from
progaming.

Stephano,
who by the way, loves the colour pink, has gained notoriety as a
foreign player among the Koreans – so much so in fact, they have studied
his playstyles and build orders. One of which being his famous ZvP
strategies that deals with that so fundamental of Protoss builds; the
forge fast expansion.

The build order – courtesy of Zergology – looks a little something like this:

Showing no signs of slowing, Stephano
lives the life of a bona fide rockstar; he was very publicly arrested
for throwing up in a Swedish nightclub during the 2012 Dreamhack Summer
afterparty. Recently, Ilyes took the trophy at the NASL 2012 stating,
when asked who he had to beat in order to become the best, that he didn’t have to beat anyone because he already was. Stephano is truly the European bad-boy of Starcraft II and for that, we love him.

Here,
for your viewing pleasure, is one of our favourite Stephano matches –
the aforementioned victory against Lucky at the IPL3 finals: