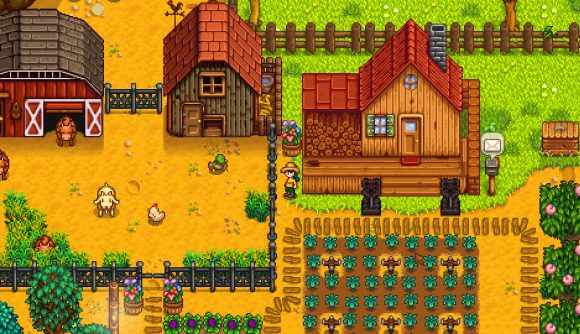 Stardew Valley creator Eric ‘ConcernedApe’ Barone has been offering a substantial series of free updates ever since the game’s launch back in 2016, and update 1.5 promises even more new content. So what’s next? Update 1.6? Stardew Valley 2? Barone says “I would not be surprised” by either option.

So whether it’s another series of updates or a full sequel, more Stardew Valley is all but assured. (Eventually.)

As for those other new projects, Barone has been teasing his plans for a new game for years. The early plans were for something set in the Stardew Valley world, but in a different genre, though it remains to be seen whether things have changed in the years since those early teases.

For now, at least, the joy of simple farming games will continue.