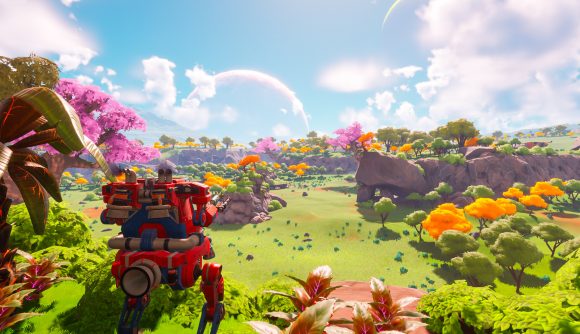 While it took a few years of updates for No Man’s Sky to get mech suits and four-player co-op, the opening shots of the reveal trailer for Lightyear Frontier immediately calls that game’s colourful alien landscapes to mind. And what Lightyear Frontier is missing in galaxy-spanning scale, it makes up for with Stardew Valley-style farming.

Lightyear Frontier puts you on an alien planet with a mech suit you can use to tame the wilderness. You’ll be able to cultivate crops and build a farm to protect your resources from weather effects and the ravages of the local wildlife – though it seems the creatures of this planet are herbivores, as they’ll mostly be interested in eating your vegetables, not you.

You can use the resources you harvest to upgrade your mech for further exploration on the planet. A host of alien ruins are around to discover, with an eons-old mystery there to drag you along for the ride – a ride you can enjoy in four-player co-op, as well.

Check out the debut trailer for Lightyear Frontier below. 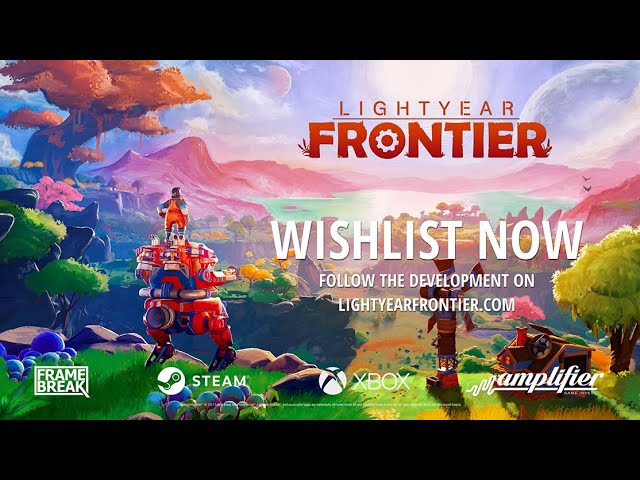 Lightyear Frontier doesn’t yet have a release window, but it will make its debut in early access. And for more farming games, you know where to click.