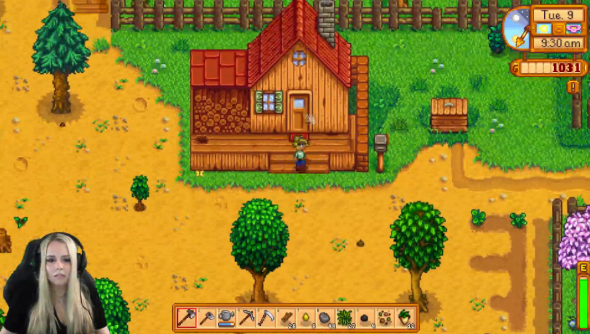 Twitch streamer Ara_Gaming returned from a three-month hiatus yesterday, only for her followers to find someone new playing on the channel.

If your marriage isn’t on the rocks and you need a good co-op game to play with your significant other, here is a list of the best ones we’ve found.

The original owner of the partnered channel, known only as Sarah, took a break from Twitch while sorting out personal life issues including divorce proceedings with her current husband.

According to ‘nanospynet’, a user on the platform claiming to be Sarah’s husband, the channel was awarded to him as part of those proceedings due to it being wholly owned by an LLC (Limited Liability Company) set up in both parties names.

To make matters worse for the 30,000 followers who had been awaiting Sarah’s return, the husband claims his partner would be unable to stream on any other account for five years as part of a non-compete clause.

The current streamer, Crystal, is reportedly the cousin of Sarah’s soon-to-be-ex-husband, whom he asked to take on the channel and Twitter presence as he himself is not a streamer and no longer owns the LLC. He also alleges that Sarah exchanged the LLC deed for cash as part of their divorce proceedings. 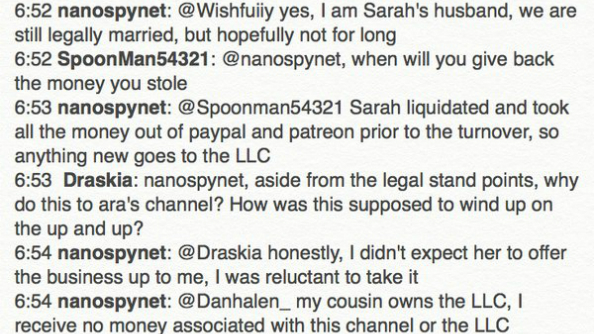 Understandably the reception to this news was not good, with almost all of the channel’s moderators revolting against the new operator. Crystal attempted to pass off the transfer as no big deal while playing Stardew Valley and continually insisting that Ara was still alive in a way that did nothing to relieve viewers’ concerns.

After learning of the alleged details of the situation from ‘nanospynet’, followers of the channel took to Twitter to spread word of what they saw as an injustice on the #aragate hashtag.

The husband claims to be consulting with Twitch to ensure that incorporating a channel in this way does not breach terms of service, which state that ‘a personal, limited, non-exclusive, non-transferable, freely revocable license’ is granted to broadcasters who sign up for an account.

If the partnership contract is signed by an LLC rather than an individual, however, then from Twitch’s legal perspective there has been no transfer.