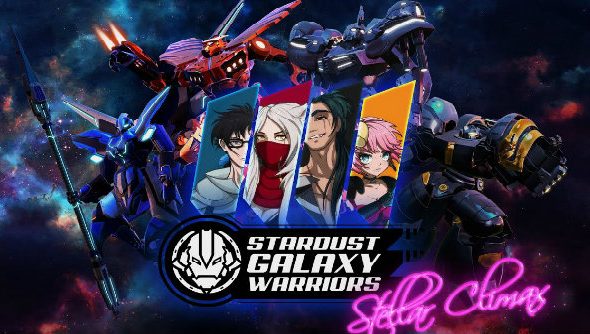 Stardust Galaxy Warriors is a lovely-looking, 1-4 player side-scrolling shoot ’em up that puts you in the driver’s seat of a giant mech.

The definitive edition won’t just bring the ‘Stellar Climax’ name, it’ll also add a bunch of new features. A mysterious new player character, a revised upgrade system, extra visual polish and New Game + modes are promised. The latter will let you carry your skills to a new playthrough, letting you bump up the difficulty so you can tackle the remixed bosses and enemies with a stronger character.

“This is the game we wish we could have delivered back in November,” said Dreamloop Games co-founder Steve Stewart. “We got the opportunity to polish this, and release the director’s cut, so we snatched it, and now Stellar Climax is the satisfying resolution we were looking for. It’s our happy ending.”

“One thing we’re concerned about is Steam’s ability to help us convey that we’re upgrading the game to the definitive edition without launching it as a separate title. We don’t want to make people pay twice. The players deserve the best version we can deliver for supporting us. We’re working on something big to try to get the point across that this is basically a better game, free for our current players.”