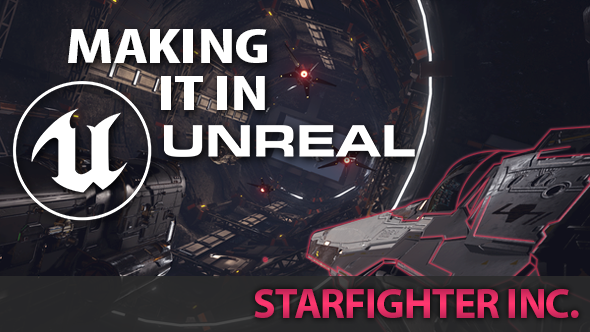 The term ‘space simulation’ is bandied about a lot, but few take their simulation as seriously as Starfighter Inc. This is a game not so much interested in hard science as committed to working out precisely how hard that science should be, and what effects its rigidity will have on the forces around it.

Ultimately, Starfighter Inc. will be about multiplayer combat that sits somewhere between Counter-Strike and World of Warships, both twitchy and tactical. But its development has been about navigating nausea and some really tricky equations. 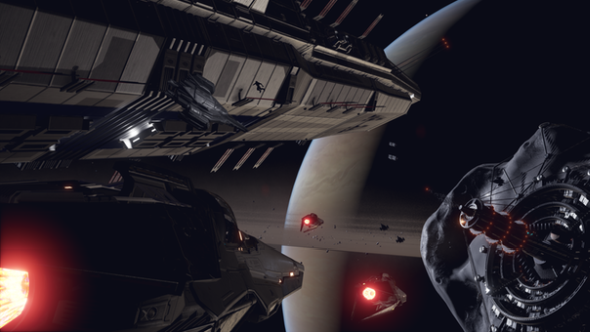 Ordinarily in games, there’s a point where designers allow the physics to take over. When a punch connects hard with an NPC in GTA V, for instance, is when the ragdoll kicks in. But Starfighter Inc. gives itself over to physics entirely.

“A lot of our ships, the only time they’re hard set as far as orientation and position go is when they’re spawned into the level,” lead programmer Noah Brewster says. “After that, the physics system completely takes over.”

From that moment on, your vessel is in the hands of Newton’s theories, and full space rules are in effect. That means there’s no friction to slow you down. If you’d like to stop then you’d better kick your engine into reverse. And influencing that backward thrust are the physical properties of your ship’s components – ammo storage and fuel tanks which have been given an appropriate density, yield stress, and heat capacity.

Heat is important since, working with Unreal Engine 4’s source code, Impeller Studios have implemented real-life thermodynamics. They’re among what must be a very select group to have simulated the Stefan-Boltzmann law in a videogame.

It’s a commitment to scientific principle that’s often driven them to question: where should the maths stop?

“Our engineering consultant comes up with these insane equations that would drive any CPU to its knees if it had to run regularly,” creative director and former Crysis lead Jack Mamais notes. “We can’t expect to do thermal propagation and fluid dynamics in a networked game and have people maintain a reasonable framerate on anything other than a supercomputer.”

The solution has been to represent some of the more nebulous ideas in a tangible way, rather than simulate them in all their complexity.

“One idea was to have molten material created when you get hit by lasers that would slide and spread across your ship, and that’s just not feasible,” Mamais says. “We can fake it – nearby elements will receive heating damage. But we’re not going to simulate melted metals slipping across the exterior of your ship.” 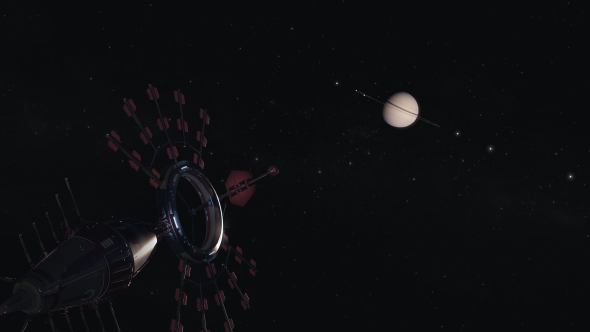 As Starfighter Inc. has filled up with invisible systems, its capacity to surprise has increased to the point where even Impeller see things they’re not expecting.

“It’s really cool to see people utilise the physics of the game to their advantage, slingshotting around an asteroid and having vehicles behave in a way you don’t normally see,” Brewster says. “I play a lot of Kerbal Space Program, so having my ship not face the direction I’m moving in is something I’m accustomed to. But seeing that in a multiplayer environment, where people do retrograde turns and intercepts – it’s really awesome to see and play.”

In the studio, the team have begun perfecting elaborate maneuvers with names like skating moves. Take the ‘flip-and-burn into a hangar’, in which you approach at 250 metres-per-second, flip your ship, and pull a retrograde burn to blast your vessel to a standstill.

“If you need to repair a ship in a hurry and you’re still being fired upon, you cannot go into your hangar at 25 metres-a-second,” van den Berg notes. “So that control is something you need to learn over time. Once you get your head around it, you start becoming a little more creative with your maneuvers and the limits as well.” 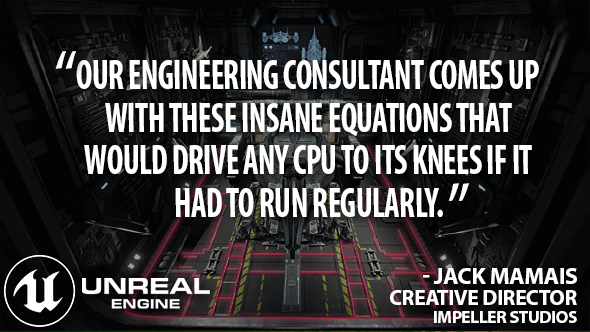 The team has observed that some players begin to internalise the competing forces at work quicker than others. “Somebody who watches a tonne of space type videos is going to have an easier learning curve than somebody else,” Mamais says.

Combined with Starfighter Inc.’s planned VR support, there’s a possibility of motion sickness that Impeller are working to avoid.

“It’s a bit of a struggle from time to time, especially when people are used to that more Earthly type of orientation,” van den Bergsays.

The studio are adding clear reference points to the UI to prevent disorientation. And in extreme cases, when a sudden impact and Starfighter Inc.’s frictionless motion combine to create a whirligig of spinning metal, they’ll have the game fade to black. 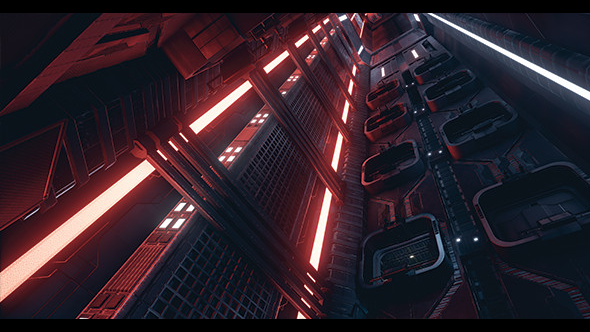 “Because the pilot will black out at that point,” van den Berg explains. “We don’t want people to barf all over their computer every time that happens. Those are the things we definitely have to continuously work on to make sure it’s a fun experience, and that it’s not so nauseating that you’re done after five minutes.”

In this sponsored series, we’re looking at how game developers are taking advantage of Unreal Engine 4 to create a new generation of PC games. With thanks to Epic Games and Impeller Studios.