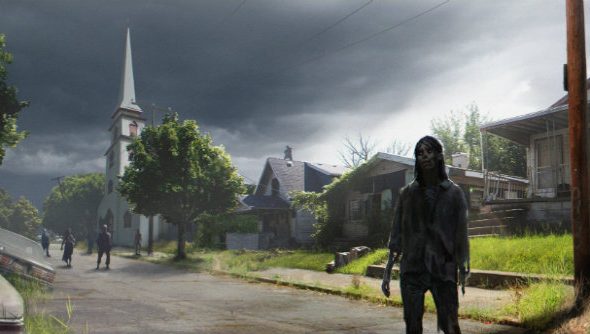 Update: The existence of State of Decay 2 has now been confirmed at Microsoft’s E3 conference, with a lovely new trailer.

State of Decay did well enough to be worth a sequel, and it got a main-stage debut.

Sadly no details about the open-world party-survival game were unveiled, but as one of the few zombie-focused try-not-to-die style games that actually got finished, those who’ve played the original likely know what they’re in for.

Groups of survivors, lots of horrible death, plenty of exploration pretty much sums up the original. We’ll likely have more soon.

Original story:Microsoft might not have many surprises left when their E3 conference airs tomorrow, as there’s already been more leaks than a bullet-riddled zombie. This time a couple of images have appeared, including the concept art above which shows an overrun rural town.

The images, from NeoGAF, certainly evoke the sparse setting of the first State of Decay: distant mountains and an isolated drive-in sit either side of a lone gunman walking down the road, probably in search of a tin opener or something. 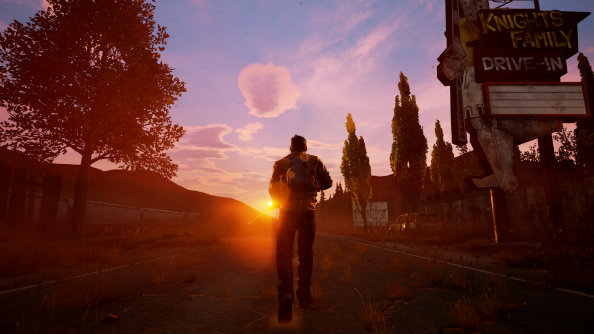 It certainly looks very State of Decay, and that would line up with rumours that we’ve been seeing about the emergent, zombie-killing sequel. Here’s a tweet from Kotaku’s Jason Schreier earlier this week:

The first State of Decay was scrappy, flawed, but ultimately a lot of freeform fun. If this can deliver more of the same, but with a bit more polish, count me in. Let’s hope the rumours are true.