I don’t often intentionally sign out of the Steam desktop client that sits as a permanent dark obelisk on my taskbar, and I don’t imagine you do either. But clearly Valve anticipate that players using TV-mounted PCs – whether they be called Steam Boxes or, more likely, something else entirely – will be swapping between different accounts on the fly. Because that’s the functionality they’ve just built into Big Picture Mode on Steam’s beta version.

A Steam Redditor has screencapped the new login menu, which will be familiar to anybody with an Xbox (though it’s thankfully free of Avatars): 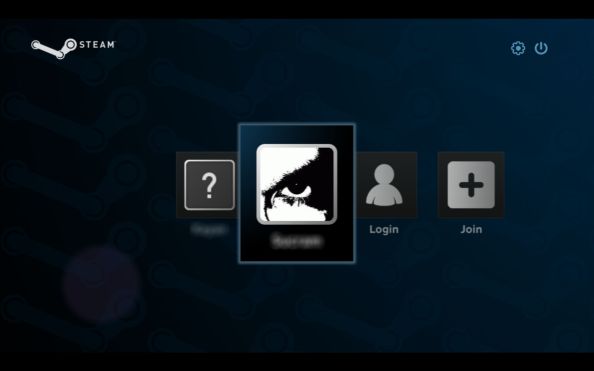 There’s one possible reading of this update that I like: that this is the first move Gabe and co. have made to suggest they’re happy for friends and family to use each other’s licenses, to some degree. Given that Valve’s used sales ban recently compelled a German consumer group to take them to court, that’s certainly something.

If you’ve got another way of reading this, we’d like to hear it in the comments below.

To join the beta, select Steam’s top-left menu and click ‘Settings’. From there, you’ll want to ‘Change’ the Beta participation option on the ‘Account’ tab and tell Steam you’d like to be involved in Steam Beta Updates. Restart, and you’re away.