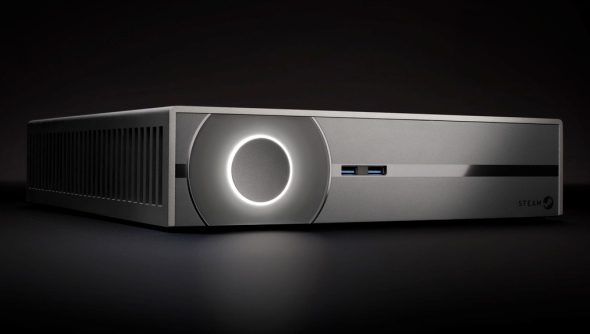 300 lucky beta testers were sent their Steam Box earlier this week and given free reign to see what they can do with the thing – use it to play games, watch films, hack the Pentagon, prop up a bookshelf, what have you, and then report back to Valve on their findings.

One of those beta testers, Corey Nelson, has filmed himself unboxing the Steam Box from the box Valve sent him. Acting as the Steam Box Vox Pop, if you will.

First, for the people who watch people open things they have received in the post and like to watch people do other things too, here’s the unboxing video:

Did that satisfy your voyeurism needs? No? Well, here’s a video of the machine booting up. Nelson let his daughter hold the camera. Her interest wasn’t so much in Valve’s proprietary Linux operating system and its boot sequence but, rather delightfully, Nvidia’s green LED’s:

We’ll likely learn a fair bit more about the machines between now and the end of January. Not only from the beta testers but Valve have said that the various Steam Machines in development will be on show at technology conventions.