There’s an unmistakable feeling of horror in the air as we reach the end of the week, that sinking feeling that someone is lurking in the distance ready to nip us in the neck should we take a wrong step. We’re talking, of course, about the atmospheric horror game Devotion that has released on Steam – which has taken no time at all in creeping to the top of the charts after launching February 19. We’re not the only ones spooked by the game’s presence as there isn’t another new game in the top ten this week. Luckily, that does mean that some chonking great deals are there instead — what a relief.

It’s particularly hard to keep on top of those deals, however, when you’re devoted to Red Candle Games’ spook ‘em up first-person experience. It’s a good thing, then, that every week we creep into Steam’s top sellers and games by concurrent players chart and round them up for you. While it does allow us to catch significant new trends in PC gaming, it also allows us to spot some juicy bargains to spend our pennies on during the weekend.

The discounts are ruling the roost this week on the top seller’s chart, with Devotion sneaking on in. On the concurrent players list the titans are still duking it out and trading places as they do. Now that we have picked ourselves up, here’s what’s doing the business on Steam this week.

As you may have gathered from the terror-inducing theme of the intro, Devotion is sitting at the top of the pile this week and has even snagged the fifth spot with its deluxe edition that includes the game’s soundtrack. Following on in second is the ever-present PUBG alongside last weeks king of the hill Sid Meier’s Civilization VI: Gathering Storm, which is now third.

It’s all about deals when it comes to the rest of the games on this list, with Final Fantasy XV Windows Edition and Dragon Quest XI: Echoes of an Elusive Age discounted by 50%, Dying Light Enhanced Edition knocked down by 70%, and Rise of the Tomb Raider reduced by 80%. Rounding off the chart is Far Cry New Dawn and Tom Clancy’s Rainbow Six Siege at ninth and tenth. 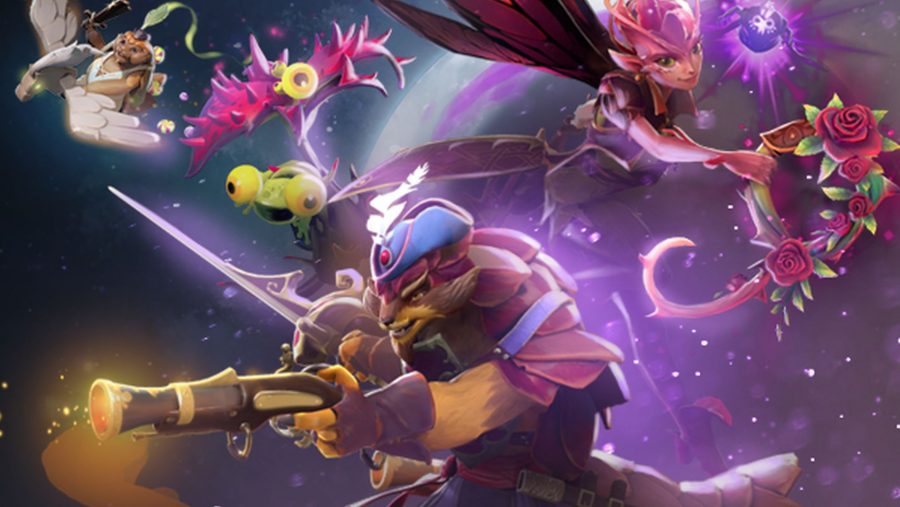 Here are the most played games on Steam, week ending February 22:

The great back and forth has continued as DOTA 2 pipped PUBG to top spot in concurrent players despite the battle royale game landing in the second spot over in the sales chart. It’s the case of the usual suspects apart from that, with Monster Hunter: World falling out of the charts and Football Manager 2019 substituted in.

Watch out: The best horror games on PC

And there you have it, the Steam Charts for 16-22 February. Curious as to how these figures compare to last week? Then have a peep at the Steam charts for February 9-15. Apart from that, these are the games people are rushing to pick up, and the bargains the eagle-eyed among us have swooped in for on Steam. Whether you want to leap onto a new gaming trend or get the absolute life scared out of you with Devotion, we hope this guide helps.