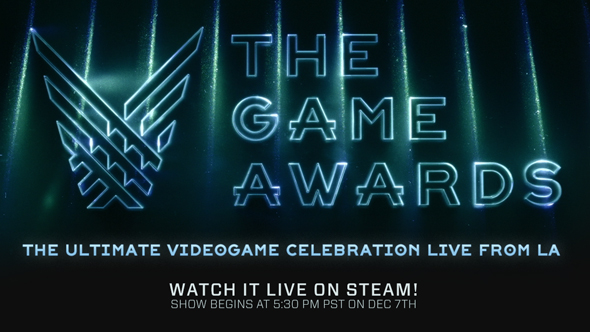 The Game Awards are set to begin tonight, bringing all sorts of juicy videogame announcements along with some awards and industry celebration. Host Geoff Keighley’s impeccable ability to partner with every industry figure known to humankind has led to a big giveaway on Steam featuring some of the year’s greatest games.

Take a look at the best free PC games.

If you watch The Game Awards on Steam, you’ll be entered to win a selection of one of 2017’s top games. Those picks include biggies like Prey and Tekken 7, mid-sized gems like Divinity: Original Sin 2 and Hellblade: Senua’s Sacrifice, and plenty of lovely indies running through Cuphead, Hollow Knight, and What Remains of Edith Finch. There’s a full list of titles here.

Multiple drawings will apparently happen throughout the course of the broadcast, and while you can’t pick the game you’ll receive, if you win you’re guaranteed something you don’t already own. The Steam page to actually watch The Game Awards isn’t live yet, but it’s a safe bet you’ll be able to find it through the landing site.

This is scheduled to be officially announced a bit later in the day, but the page was discovered a bit ahead of schedule. According to a post on ResetEra, 150 winners will be chosen every 15 minutes.

There’s also a Steam sale going on right now featuring many of the games above, plus a few more including Wolfenstein II, Assassin’s Creed Origins, and Life is Strange: Before the Storm. Nier: Automata is also on the list despite not being discounted, which I assume is a silent protest at being snubbed from the nominees for TGA’s overall game of the year.