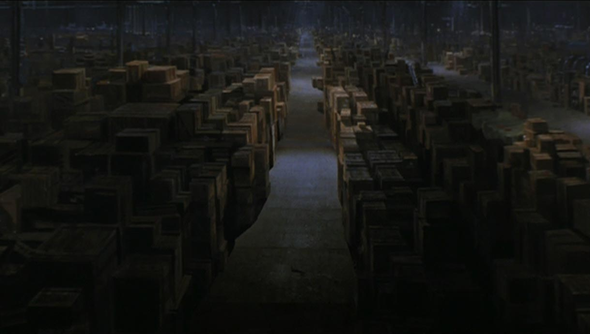 Word’s slipped out from Valve that they’ve more than 65 million registered Steam accounts. So many, in fact, that they no longer know what to do with them all. Till now they’ve kept the details of each user on a filofax card. However, with their card holders only able to store 150 cards, and despite trying to write users’ details on the front and back of the cards, they’ve now got 216,666 of them.

They’ve had to rent out space in a warehouse to store all the card holders.

However, even when they shipped all the card holders to storage the problem didn’t go away. At first Valve tried to share storage costs by sharing a warehouse with another organisation. Unfortunately, that organisation turned out to be a branch of the US government and they were storing the Ark of the Covenant in said warehouse. After a scuffle with some nazis in which many users details were lost to fire and bullets Valve had to search elsewhere.

They tried to find a landfill but the only one large enough had already been filled with copies of Atari’s E.T. the Extra-Terrestrial. Valve moved on to another plan before the news broke that Atari were planning to excavate the site.

The current plan, and this is what Valve have been spending all their billions of dollars of profits on since 2011, is a time machine. They plan on sending the user database back to a point in history where it can be someone else’s problem. Unfortunately, earlier attempts ended in the Great Fire of London, the 1906 San Francisco Earthquake, and the Crimean War.

Editor’s note: due to cutbacks in our fact-checking department some of the information in this article has been sourced from the interns.