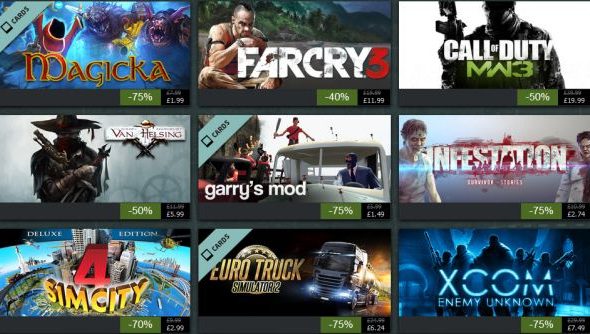 It’s becoming increasingly hard to know what to write here. Steam is still selling games at ridiculous prices. We have attempted to give solid buying advice below. We are exhausted. You are probably exhausted. But tomorrow, we’ll do it all over again.

Or we may lose our homes.

If you’ve got strong opinions on the games on offer, please let us know in the comments. 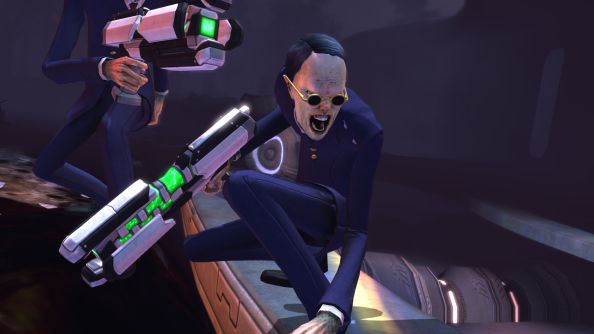 Matt: One of the five games that I claim was the best game of 2012, XCOM is a game that will bring you to your knees. Forget Dark Souls, this is the game that teaches you the consequences of bad combat technique. You’ll enter your first battle with a squad full of men and women named after your best friend, spouses and work colleagues, only to watch them get brutally slaughtered by a little bug-eyed freak. And then they never come back. No secret medic tech revives them. Their names will be forever engraved on a memorial, which you can visit to have a bit of a sob whilst heroic bagpipes play.

Aside from its infamous perma-death, XCOM is one hell of a strategy game that will never, ever cheat you. Everything that goes wrong is your fault, and you’ll realise that. You’ll reassess, review new techniques, and finally defeating a challenging foe will feel like the best victory you ever had. As the game progresses you’ll gradually adopt alien tech, and when you can finally bring the aliens’ big guns against them, you can smile in the knowledge that – despite losing every person you went to uni with – the journey was worth it.

Steve: It’s a triumph that Enemy Unknown exists, unmolested and pure, where so many other classic franchises are roofied, dragged into the woods, dressed up as third-person shooters and forced to dance for the sick thrills of some cash-grabbing publisher. Okay, so The Bureau is pretty much XCOM dancing in that dress, but that game’s not actually all that bad by the looks of things. Maybe you shouldn’t be so cynical all the time, have you ever thought about that for one second.

Tim: This is superb and you should own it. 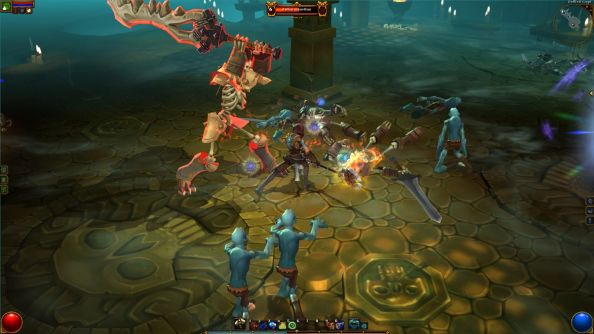 Tim: I really liked Torchlight 1, but I just haven’t been able to get into Torchlight 2 in the same way. Maybe it was a bit of aRPG burnout on my side – I was playing it right after Diablo 3. I’m by no means a hardcore RPG player, and I found that in T2 I missed Diablo 3’s infinite respecs and slick skill system. You’ll probably love tinkering with the talent trees and sinking points into specific pools of abilities. I just found myself with massive commitment issues, terrified to spend even one without worrying that I wasn’t getting the optimum level of dps from my build.

I think I’m probably wrong on that, and am looking forward to sinking into it again soon.

Nick: I fell into the same trap as Tim. I was really excited to play Diablo 3, but when I when I got my hands on it, it just didn’t do anything for me. I tried to do something you should never do with a game, and try and force it. This made me resent the aRPG genre for a while.

When Torchlight 2 hit I begrudgingly played it to justify my pre-order. I liked its slapstick humour and hilarious items. It just felt like a much more funner game. Unfortunately I stopped playing at around level 20, as other holiday releases overshadowed its release. I will definitely be going back soon however. I’ve convinced two of my friends to pick it up for the measly £3.74, and we’re going to go on an adventure. 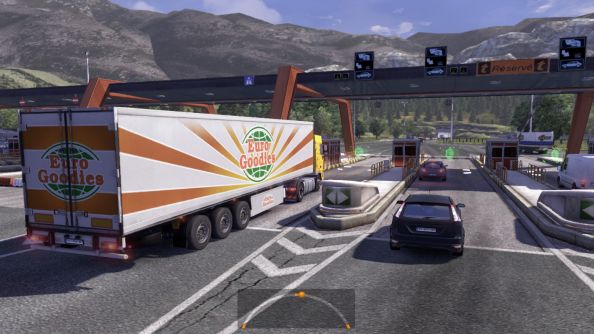 Steve: Yes yes yes. Euro Truck Simulator 2 is genuinely very good fun and everybody you’ve heard say so isn’t part of a big ironic conspiracy to make you look silly. You start with one truck and set about delivering goods around your local towns before expanding your fleet, hiring drivers and hauling more interesting and dangerous cargo to far flung corners of the cosiest continent on Earth. Like Elite but so very German. Obeying the speed limit has never been this fun. 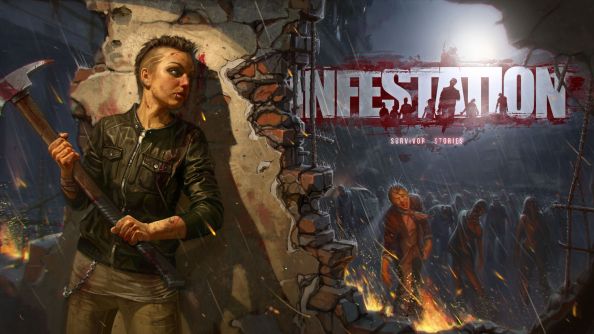 Tim: Hey, this game sounds quite interesting. It’s some kind of MMO zombie surviva… WAIDAMINUTE. Where I’ve I heard that before…

Oh right. It’s the renamed WarZ. And WarZ, as we well know, is terrible. Like, THE WORST of all the games. So don’t bloody buy it. It’s still terrible. 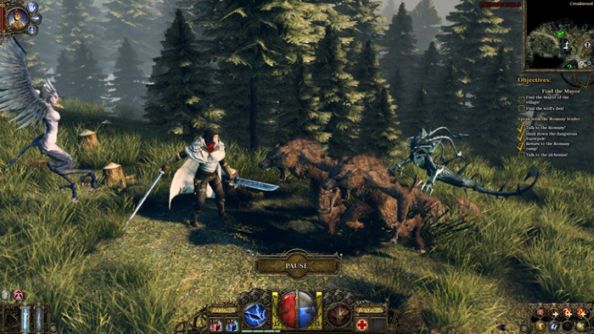 Tim: To our shame, none of us have played this, but if one of you have, tell us how good it is and we’ll replace my nonsense right here with your words of recommendation/warning. 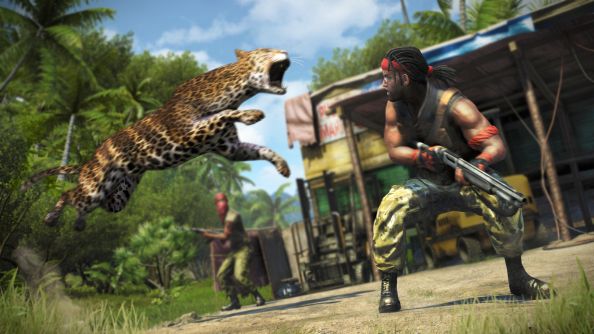 Tim: Surprisingly comedic open world FPS game that doesn’t really have anything to do with previous Far Cry games except it’s set on an a Pacific island and a little bit mad. It’s got a great villain in Vaas, a slightly effete psychopath who maintains a level of stupidity that leaves you a bit giggly. It’s got a superb open world – where you’ll spend as much time exploring caves and liberating outposts for side benefits as you do tromping around the main missions. But most importantly, it’s got animals. Jackals and goats and monitor lizards and tigers and crocodiles and sharks. And really, really angry Emus (actually Cassowaries, but that’s not quite as funny to say).

One of my favourite moments of last year was being trapped in a hut trying to fight off an endless wave of baddies while simultaneously being hunted down by a pack of said Emus. I will forever remember the stern look one gave me as I accidentally bounced a grenade off its beak. Poor thing.

I haven’t really played Blood Dragon though, so I don’t know if the ‘franchise pack’ which contains it and the DLC sequel, is worth it.

Matt:Along with XCOM, Far Cry 3 was one of my top five of last year. I enjoy a gritty, realistic game as much as the next games person, but sometimes a dose of utter madness is needed. It’s nice to see such madness in a AAA game. It may start out trying to tell a mature story of a man who falls into the trap of becoming a killer, but really it’s just about bombing around on an ATV, massacring animals, and turning their skins into wallets. The shooting is really loud and chunky, and going stealth actually works rather well. Regardless of the path you take, Far Cry 3 is consistently fun at every moment.

Blood Dragon is a good bit of fun for it’s 80’s pastiche, but the humour is a bit hit-and-miss, and whilst the story wants you to act like Swarchenegger, the mechanics of the game dictate you notch the pace down a little. For what little extra it is though, I’d go for it. 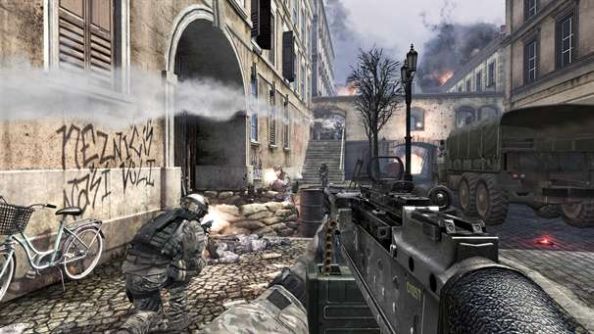 Tim: I’ve actually completed this and I have absolutely no recollection of what happened in it except a vague thing about a fight under the Eiffel Tower and maybe it collapses? Possibly?

Matt: I quite like Call of Duty. I don’t like Modern Warfare 3. Gentlemen and Ladies, this is a DON’T BUY situation. 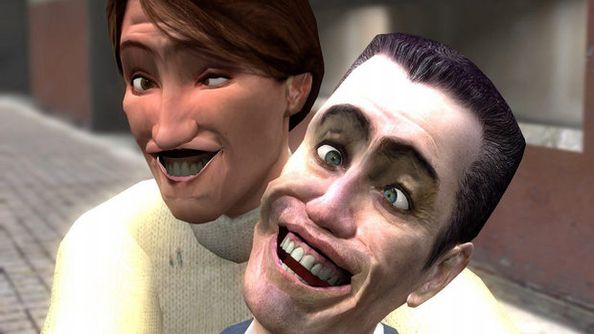 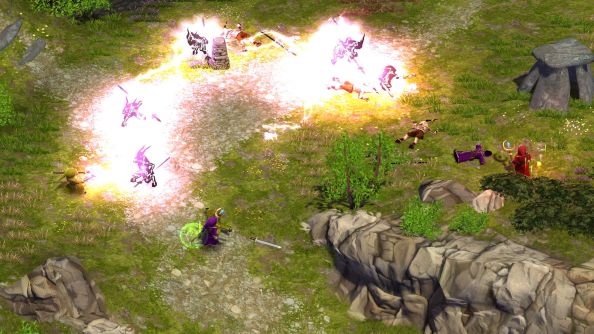 Tim: Comedy little wizard co-op adventure game who’s gimmick is that spells are created by deploying finger-twisting combinations of runes. And if you cock them up, you will accidentally annihilate your party. Brilliant for LAN parties and co-op Skype sessions. Find some mates and pick up the four-pack.

Nick: NEVER PLAY THIS GAME DRUNK. You will kill your friends repeatedly. It may start as a joke, but it will end tears. Your friendship will be ruined.

I’m so sorry Tom and Dennis. Please will you forgive me?

Steve: This is a game in which, if you splash yourself with a water spell and then cast a lightning spell, you electrocute yourself. Any game in which that happens is a good game.

Matt: My favourite kind of magic is magic that makes laser beams. Magicka does that magic. And then the big laser beam splits into smaller laser beams, and everything that gets in the way explodes into puffs of gore. Inevitably though the laser beam you’ll have produced won’t be the one you wanted, because when confronted with a gang of goblins, typing in a spell code is tricky. Despite how fun and juvenile Magicka looks from the cover, you’ll never be prepared for how challenging it actually is. 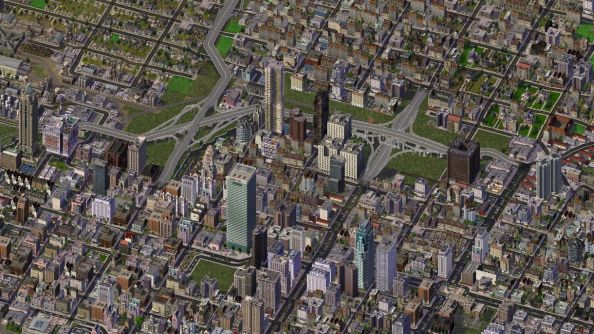 Tim: Still quite good city planning game. I think it suffers a bit from Skyrim syndrome, in that in its vanilla state it’s still pretty good, but to get it to its best, you’ll want to spend a few evenings installing mods and building packs. And then, if you’re anything like me, as soon as you have a perfect setup, you immediately decide you want to play something else.