It seems like the Valve walls are leaking Summer Sale juice, because hints about what’s coming up very soon are being discovered all over the place. Not only do we now know the supposed dates of the sale, but we’ve also had our first glimpse at the badge for this year’s sale.

The sale itself is due to start on June 11th and last until June 20th, according to Valve’s VK Russian social network page. The sale will continue for another two days after the 20th, featuring encores of the best deals. 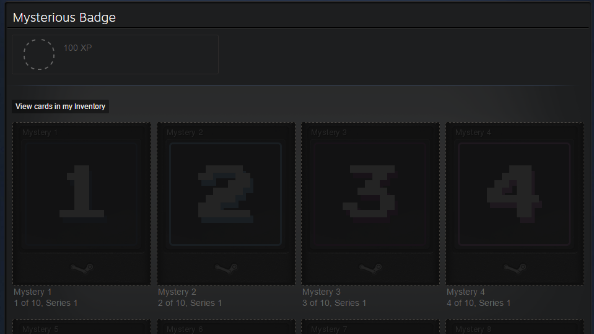 Today on Neogaf poster Bytes showed off a screenshot of a new badge they discovered on their Steam badges profile. Labelled “Mysterious Badge” and made up of 10 cards simply called Mystery 1-10, it appears that the card profile could be placeholder rather than the actual name of the badge. Provided the leaks are correct, we can expect the badge to become a lot less mysterious come June 11th.