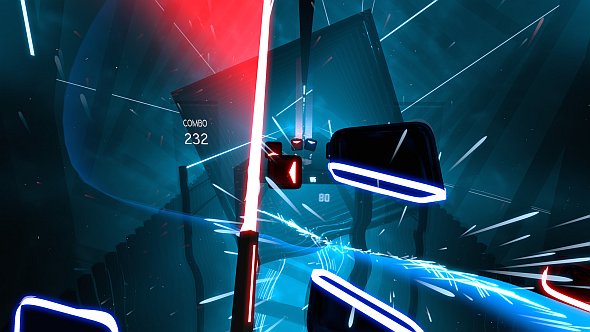 The combined population of every single VR game on Steam is 3,363 at time of writing. That’s compared with 4,181 playing Total War: Rome II – Emperor Edition an hour ago. Rome II is almost five years old.

The statistics come from a site that tracks the population of VR games specifically, pulling its numbers from Steam’s Web API just like SteamCharts. Though the site displays the 24-hour peak for individual games (Beat Saber is comfortably in the lead with 1,165), there’s no obvious way to show the 24-hour peak for all VR games, so we’re stuck with the rolling number.

It’s also worth noting that while you can use an Oculus Rift with Steam, Oculus has its own client, so Steam does not represent the totality of VR gaming on PC (there’s also all the tiny Google stuff). Nonetheless, the numbers are grim reading for any VR evangelists out there.

Still a believer? Good for you. Boost those numbers with the best VR games on Steam.

You can look for yourself at vrlfg.net/players, and compare with Rome II or another game of your choice on Steam Charts. Put another way: there are fewer people playing VR games on Steam worldwide than can fit in London’s Brixton Academy, a modestly-sized (if much-loved) music venue.

Add to the above caveats the likely impact of recent changes in Steam’s privacy settings, and questions can be asked about the soundness of the data VRLFG is able to pull. The same could be said of Steam Charts, though, and even allowing for those caveats it’s hardly an encouraging picture.

The figures seem to justify all the VR scepticism, of which there is plenty. Phil predicted the doom of VR for us back in March 2016, and his article looks eerily prescient in the light of subsequent events. Earlier this year, Eve developer CCP announced a move away from VR because the market “just isn’t there,” especially in multiplayer games. Last July, Unity’s head of VR said he couldn’t “make an economic argument” for making a VR game.

The question remains whether the cost of entry will decrease, and the user experience improve, quickly enough to grow the market before developers abandon it entirely. Personally, I’m not (yet) persuaded by Phil that the question is settled: too many rich and clever companies still have too much invested for momentum to die any time soon, on either the software or hardware side. Valve is working on three VR games,the next-gen Oculuslooks extraordinary, and Microsoft’s new headsetsshould provide a more affordable option when they finally launch.