The announcement of SteamVR support across Windows Mixed Reality headsets has made the virtual gaming space a lot more crowded. It might have ended the Oculus/Vive two-horse race for VR gaming dominance, too.

Power a virtual world with our top picks for the best graphics cards.

Most of the mixed-reality headsets are launching on October 17 (Samsung’s model won’t be arriving until November), bringing the big guns of corporate tech into the virtual – or mixed – reality world.

The VR gaming landscape has been dominated by two big players, much like the console world’s face off between Microsoft and Sony. The Oculus Rift and HTC Vive launched back in early 2016, and since then they have been staring each other down in a virtual duel.

Up until recently, Windows Mixed Reality seemed to be a VR-lite product, offering a virtual viewing experience akin to Google’s Daydream or Samsung’s Gear VR, without much of the interactive features reserved for more high-end headsets. Now it seems these headsets have developed into much more.

Windows Mixed Reality has been growing and changing up until its release. Now the Windows Mixed Reality platform features motion controllers, inside-out tracking, and 90Hz refresh rates when paired with a high-powered computer. With Microsoft now including support for SteamVR, mixed-reality headsets also have access to the largest VR gaming library available.

The majority of headsets in the Windows Mixed Reality space offer 1440 x 1440 liquid crystal displays, following Microsoft’s guidelines, yet Samsung seem to be going one step further with their HMD Odyssey headset. 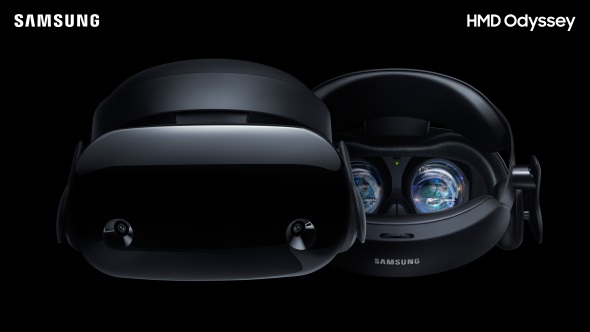 Samsung’s headset features dual 1440 x 1660 AMOLED displays with a 110° degree field-of-view, making its visuals wider than the other mixed-reality headsets. Anyone that has experienced AMOLED screens should know why this is an exciting prospect on a VR headset. AMOLED will help ease the screen door effect due to the lack of traditional backlighting required by LCDs, also the dual screens will be able to offer a much greater contrast and deeper blacks. Paired with built-in AKG headphones, and priced at $499, the Odyssey could be a real contender within VR gaming.

With multiple options of tech depending on your price range, including headset-only options, Windows Mixed Reality is launching to a wide-variety of uses. The motion controller may seem a little awkward on the face of it, but the lack of extra external tracking sensors required is a welcome change to the sometimes awkward process of setup, such as with the Vive. As long as the inside-out tracking remains consistent, that is… 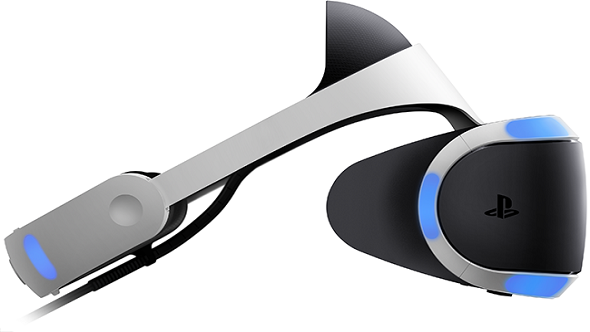 Microsoft have promised a wide array of mixed-reality apps arriving on the Windows store, and want to offer a simple plug-and-play setup for users. Windows Mixed Reality is bridging the gap between mobile VR and hefty headsets, and it’s the largest push we’ve seen so far to make VR accessible to the mainstream for PC, although at $400 – $500 plus the cost of a discrete graphics card, even these headsets are far from accessible for most.

Sony’s PSVR has already risen to top of the VR headset charts, and considering it makes use of hardware within the most populous current-gen gaming console on the planet, it’s certainly more accessible. Yet Microsoft still seem reluctant to include Xbox into their virtual plans.