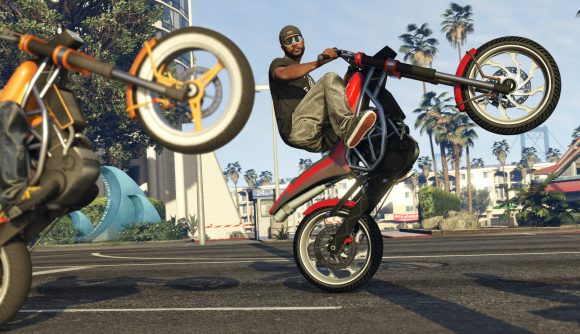 Since 2016, Valve has revealed Steam’s best-selling games (or rather, top-grossing by revenue) at the end of every year. We never get hard numbers, but we do get regimented rankings of the top 100 titles, and the top dozen games each year get the ‘platinum’ moniker. There are only three new releases among 2019’s platinum list, and some of the top titles have been dominating the platform for years.

You can see the full list on Steam, but as NPD analyst Mat Piscatella tells GameDaily.biz, “what’s most interesting is how many titles are carrying over across years. Of the 12 platinum games of 2019, nine were also on the platinum list in 2018, and half are carryovers from the 2017 platinum list.”

The half-dozen going back to 2017 include Counter-Strike: Global Offensive, Dota 2, Grand Theft Auto 5, PlayerUnknown’s Battlegrounds, and Warframe. Of those, Dota, GTA5, and CS:GO all go back to 2016, as well. Civilisation 6 has appeared on the list three of the four years, but skipped 2017.

All this is to emphasise just how reliant the modern gaming landscape is on continued hits and recurring spending. Some fabulous single-player games made the gold list for 2019 – like Devil May Cry 5, Jedi: Fallen Order, Resident Evil 2, and The Witcher 3 – but there’s a reason so many titles continue to take the service route.