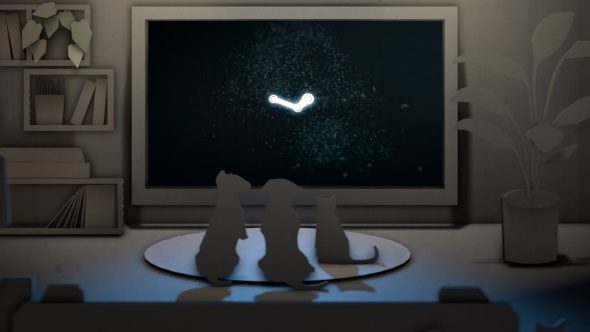 These are dangerous times for many developers and publishers. Incomes falter, staff get laid off, companies shuffle budgets away from interesting properties in favour of safe bets. But for one company – Valve – things couldn’t be looking brighter.

Continuing this year’s boom trend for the digital distribution giant, Steam saw its previous concurrent user records shattered, with 17,683,804 user logged in at once, likely eager for some late Black Friday deals.

If nothing else, PC gaming is on the up-and-up. No surprise, thanks to games like these.

You can see this all graphed out and clear as day over on SteamDB. One especially interesting figure of note is the 6,813,617 people active and playing games, rather than just idling. While a figure roughly equivalent to the number of users overall, it’s brought into sharp focus considering the next fact.

The unstoppable force that we mortals refer to as PlayerUnknown’s Battlegrounds saw its active player-base hit a new all-time peak of2,940,359 players. It seems inevitable that it’ll clear three million before long, and probably by a large margin after the new desert map rolls out. 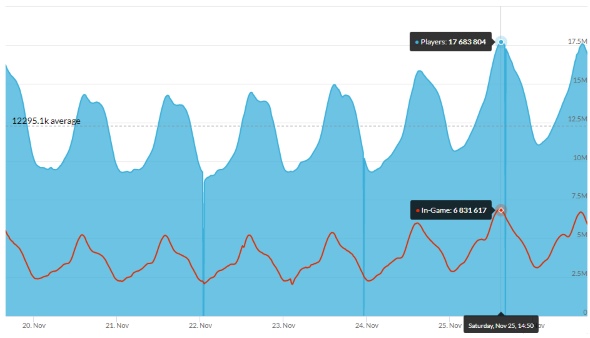 What’s especially amazing here is that at that particular moment, a single game amounted for 43.15% of all active players – close to a half – on the world’s largest digital distribution network during its all-time peak. It’s no wonder that everyone and their dog is trying to get in on the battle royale craze right now, because that is an utterly preposterous figure that can only grow further as the game establishes itself further into expanding gaming markets such as China.

And all of this from a game that many (including myself) dismissed as a former-mod turned also-ran not so long ago. Further proof, were it ever needed, that the game industry is a mystery to all. Anlysists may be able to predict the day-to-day ebbs and flows, but the big industry-defining movements might as well come and go with the spin of a roulette wheel.

Looking at Valve’s fortunes these past couple years, you might be better off betting it all on black.