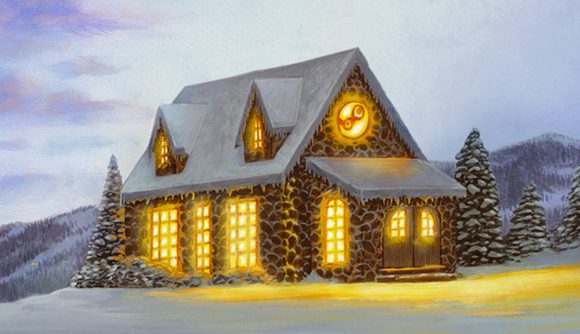 The Steam Winter Sale 2020 is live, and Valve has decided to send along a press release to remind us all of our own mortality. This is apparently the 15th annual Steam Winter Sale, and while that number makes sense when I actually think about it, I can’t help but feel the slow creep of death tingling up my spine. Or maybe that’s just 2020.

As usual, the Steam Winter Sale features savings on thousands of games. The sale is live right now, and will last until January 5, 2021 at 10:00 PST / 13:00 EST / 18:00 GMT. If your wish list is looking dry, we’ve got lists of the best PC games, best new PC games, and best indie games to help you make some picks for the sale.

The sale will, of course, feature the usual array of meta bonuses, including new rewards in the Steam Points system, as well as final voting for the 2020 Steam Awards. Trading cards will be awarded for voting, too, so you can enjoy a soft bribe to cast your vote.

But man, I’m just going to be coming to terms with the fact that we’ve had 15 years worth of Steam sales over here. Steam initially launched as an automated update client for Valve games back in 2003, and then became a (widely-hated) requirement for playing Half-Life 2 when it launched in 2004.

Third-party indie games started appearing on Steam in 2005, which would facilitate the first Steam Winter Sale late in the year. 15 years’ worth of unplayed games sitting in our backlog, purchased primarily because they were on sale – a thought that’s making me weirdly nostalgic.