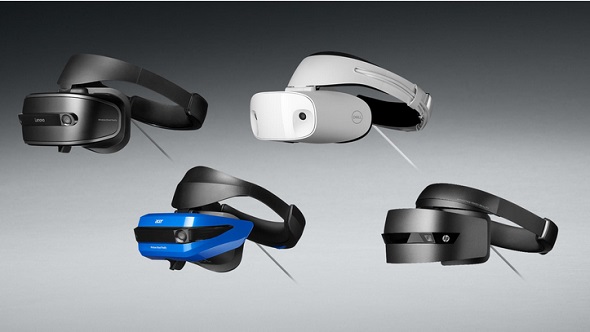 In a partnership that will please VR fans on a budget, Valve have confirmed that Microsoft’s new VR headsets will be compatible with SteamVR. These headsets are planned to launch this winter, and provide a cheaper alternative for people who can’t quite afford a Oculus Rift or a HTC Vive.

See the best of VR with our list of the PC’s top VR games.

“The introduction of Windows Mixed Reality headsets is [a] big step forward for VR,” Valve’s Joe Ludwig says, stating that “working with Microsoft to include SteamVR compatibility with these devices is a big step in growing VR as an open platform for developers and consumers.”

Microsoft have also announced that both Minecraft and Halo will be coming to VR in the near future. Minecraft VR will launch with Microsoft’s VR headsets, with Halo coming later down the line. A VR version of Minecraft already exists on the Oculus Rift and Gear VR, so it’s only natural that it would come to Windows VR once the headsets are publicly available.

As for Halo, according to UploadVR, it will be coming in the first wave of games coming to Microsoft’s ‘Mixed Reality’ platforms. With the HoloLens still only available as a $3000 development kit, I imagine the first Halo experience will see you donning a Spartan helmet and charging into battle in VR. Who knows, we may even see a VR remake of the original Halo trilogy in the future.