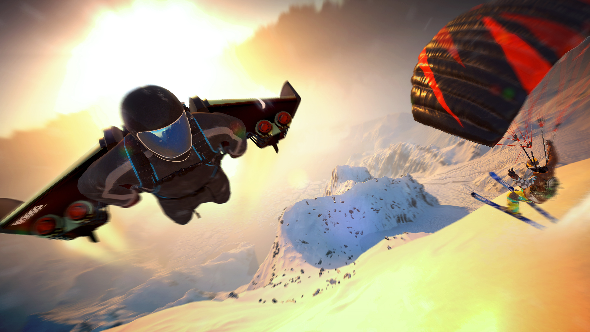 The final DLC of the Steep season pass has been released, adding new cosmetics, missions, and three new sports to hit the slopes with.

If co-op snow sports aren’t enough for you, check out the best PC multiplayer games.

The Extreme Pack introduces base jumping, speed riding (a mix of paragliding and skiing) and rocket wings to your repertoire of snow sports, and with them a whole load of challenges to take on. Unfortunately, the trailer up top doesn’t show what happens when you crash a rocket-powered wingsuit into a mountain, even though that’s obviously the first thing everybody is going to try with it.

Despite being the final DLC to be included in the season pass, this won’t be the end for Steep. December will see the release of a new expansion based on the Winter Olympics. Add that to the already released free update to add Alaska, and there may well be a lot of stuff you’ve missed out on since Steep launched late last year.

If you own the season pass, the Extreme Pack should already be active in-game for you. If not, you can buy it separately through Steam and Uplay.