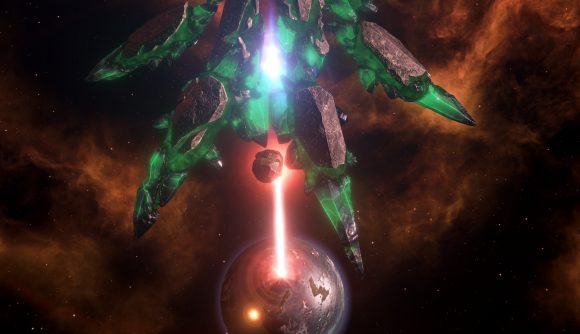 The Stellaris team are still whittling away at the space 4X game’s so-far-unannounced 2.9 update, which we’re learning has a heavy espionage focus. The most recent dev diary goes into more details regarding the kinds of covert operations you can launch against other empires.

To recap, the game is shifting towards a system that is similar to what’s in place for historical grand strategy game Europa Universalis IV. Put simply, you can use your diplomatic envoys to go to other polities and form spy networks. These networks can be used to gather intel on the host entity, but as your ‘infiltration level’ rises, they can also be ‘spent’ as a way of launching different operations.

This latest developer update highlights two very specific operations that fall under the ‘provocation’ category; Arm privateers, which is an economic provocation, and crisis beacon, which is a technological one. The first one is an advanced operation that will allow you to attempt to covertly arm insurgents within another empire. Looking at the example given in the diary, if successful this operation will cause a pirate fleet and base to spawn in a part of the target empire.

The fleet power of the pirates will depend on the total power of the target faction at the time the operation triggers, so timing can be important. 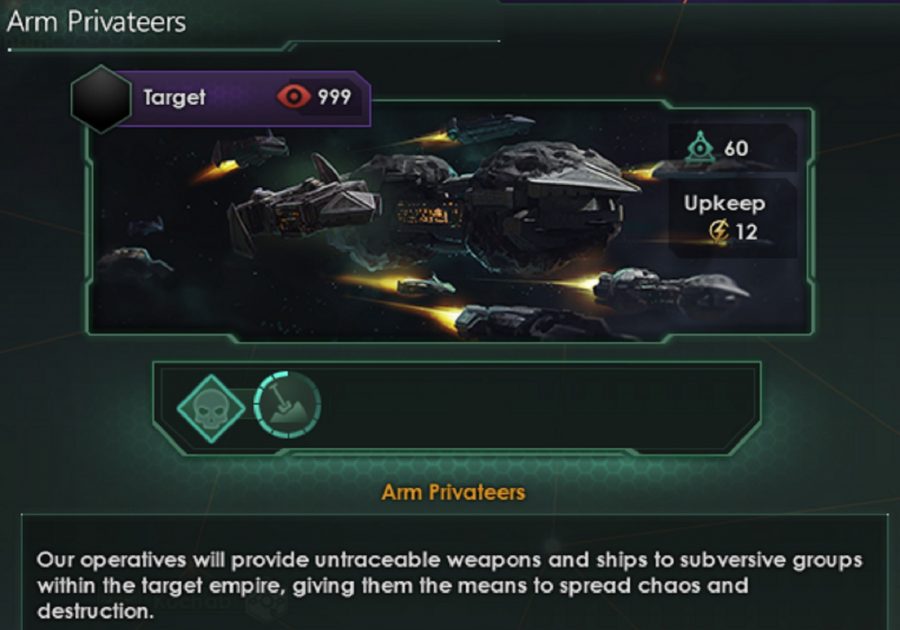 It’s worth noting that these fleets are hostile to everyone, including their original patrons. Can’t imagine where the inspiration for this particular op came from, but it sounds like a perfectly legitimate endeavour.

The other example operation the dev team talking about is a late-game one that relates to the end-game crises. It has the (current) highest cost in terms of the infiltration level requirement, and if successful it can cause the target empire to draw the ire of whatever form your end-game crisis is taking, such as the prethoryn scourge. The team are still figuring out the details regarding potential consequences, and the espionage rework at large is still a work in progress.

At the time of writing, we don’t have any idea of a release window for the 2.9 patch, nor do we know if it’ll be accompanied by a new DLC or not. Whatever form it takes, we already like what we’re seeing.