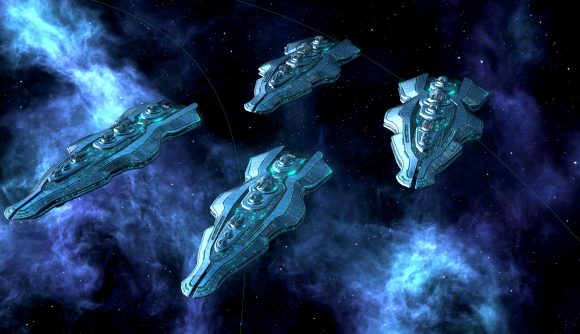 The new content will span two new civic options, and one new origin and the latter will let you play as a cast-off army of clone soldiers. Abandoned by their creators, clone soldiers can’t breed – instead, they can only replenish their numbers via a new building called an ‘ancient clone vat’. As a species, you’ll be quite proficient at waging war, but your leaders will be short lived and you won’t be able to genetically modify your species.

This new origin can combine with either – or both – of the new civics, Masterful Crafters and Pleasure Seekers. The former replaces the artisan job with a new artificer role, which along with creating consumer goods also gives trade value and engineering research. The latter turns your race into a bunch of decadent thrillseekers, and offers a big happiness boost at the expense of increased consumer goods upkeep.

It’s like you’re the Bad Batch, except there’s a whole race of them. Which would be awful because Bad Batch is well rubbish. 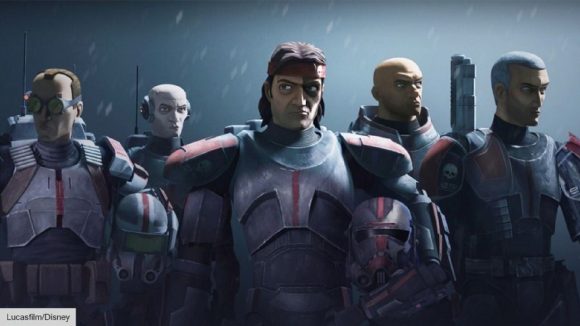 With the two new civics, it’s worth noting that Masterful Crafters is not available to gestalt empires, and both new options will have mirror equivalents for anyone playing as a megacorporation, although you’ll need the MegaCorps DLC for that.

The diary also implies that the clone warrior origin will give you a bunch of narrative content around reinventing your species as it tries to find its place in a universe that no longer needs it, which sounds pretty cool.

The Stellaris Lem update is due sometime next month.