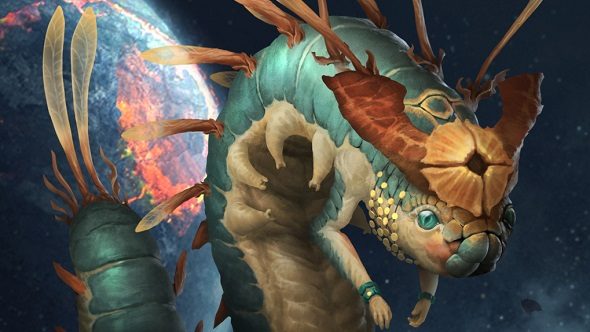 Paradox aren’t skimping on the first birthday celebrations for Stellaris. Along with a free portrait pack, the release of the 1.6 “Adams” update and a sizeable discount on Steam, Stellaris now has a special anniversary edition.

Try your hand at empire building with our list of top PC 4X games.

The Digital Anniversary Edition of Stellaris bundles together the base game, the Utopia expansion and both the Leviathan and Planetoids packs. Normally, you will only save around 10% if you buy this edition but seeing as the base Stellaris game is currently on sale for 40% off, you can get the Digital Anniversary Edition for 37% off at $55.46/£39.90. This sale lasts until May 14, so this may be the time to take the plunge if you are still on the fence about Stellaris.

As for the Anniversary portrait pack, not only does it give you access to the previously pre-order exclusive Creatures of the Void portraits, but it also adds in three new aliens who you can now roleplay as. So if playing as a horrifying hydra or an evil porcupine isn’t for you, you could also play as a fairy dragon or a rather dashing space peacock. These portraits are free to all Stellaris owners, so plan your next playthrough accordingly.

The Adams update now allows you to repair ruined Ringworlds with the Mega-Engineering technology, terraform already inhabited planets and find hidden megastructures throughout the galaxy. There are also tweaks to Ironman auto-saving and you can now only spam insults in multiplayer every 30 in-game days, which should make intergalactic relations a bit more civil. There are tons of other changes in Stellaris update 1.6, check out Paradox’s official site for all the nitty-gritty details.