‘Paradox are making a space game’ was enough to get me excited last year. Famed for the most complex and in-depth strategy games in the world, the idea that they would let me play out there in the universe rather than in the far duller annals of history got Stellaris to the top of my most anticipated 2016 list immediately. Having now seen it in action and, more importantly, been introduced to the tools and tricks that will keep the mid- and endgames flowing, not only am I fairly sure that my keen apprehension is justified but I’ve got an inkling it could be my favourite game of the year.

At the very least, I’d expect to see it appear in our best strategy games list.

The earliest moments of a campaign have already been well-documented, be it in 20+ developer diaries Paradox have released, or their nascent livestream series. It’s pretty standard – you start symmetrically with each other would-be empire in the galaxy, a single world to your name and an awful lot of ambition to fulfil.

As you expand you’ll meet others and alternately try to kill them, trade with them or do your best to ignore their really rather distracting habit of being giant birds. In this mid-game period, explains AI programmer Martin Anward as he demos the game, things become rather like an intergalactic version of Europa Universalis 4. 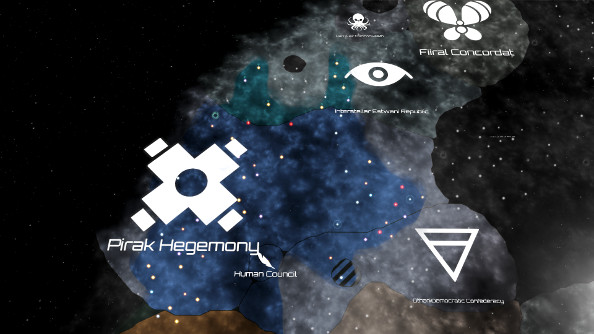 “It’s about diplomacy and warfare because you’re out of space to colonise, more or less everything is taken at this point.” He says, showing us an almost entirely covered space map and explaining that alliances will form around similar goals, which can then become federations if the empires involved decide they’re really good mates, or have a particular threat to face. His example is, well, you.

“Say you’re not the most peaceful type and you decide to go expanding in every direction, all the empires around you will start to like each other more because they’re terrified of you and eventually you may end up [facing] an anti-you federation.” Rather than the voting democracy of an alliance, each member of a federation gets complete control over their combined assets for a couple of years in turn.

Battling through your enemies and allies, as well as dealing with the various political complexities that can emerge from your own population while dominating the galaxy, takes the majority of a game. As is common in 4X, Paradox are worried that once you get ahead of the curve, eventual victory will not only be inevitable, but a little boring. Just as they’re planning one of the most intricate and options-heavy mid-games ever to keep things fresh, they want to mix-up this slow descent into glory with a little endgame spice. 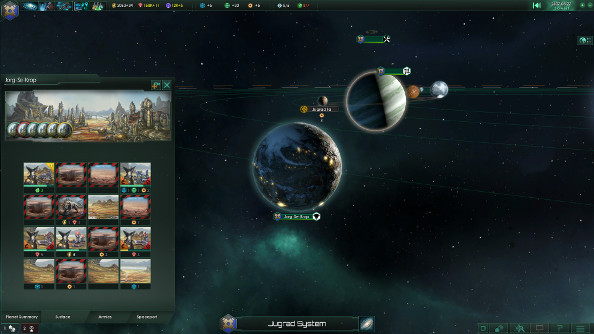 “So the last phase of the game, we throw a challenge at the player. Say you’re 250 years in and there’s not much challenge against you, you’ve probably won. At this point there is a bunch of disasters that can happen,” explains Anward.

“For instance, let’s say we really like having robot slaves around but they’re too dumb, right? They can only do the dumb stuff. We actually want them to research stuff for us, so we make them smarter and smarter and smarter, and eventually robots are doing everything in our empire and oh, they just decided they don’t need us anymore. So, yes: robots and AI [give you] a massive advantage but it’s pretty dangerous to go too deep into. If you don’t want to keep your robots dumb, you risk an AI uprising.”

This isn’t just some random-spawning event that suddenly decides you’ve passed the singularity and have a full-on Terminator apocalypse happening. You’ll be making decisions leading you down this path, knowingly or otherwise. You’ll see a robot faction within your empire, displaying how much of your population they take up, and how much of your work they’re doing. You’ll be specifically researching technologies, thinking ‘Oh, what’s one more service handed over to a machine?’, all the while getting closer to an unknown tipping point. 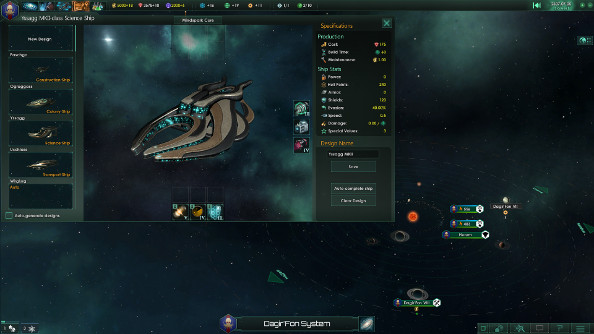 Or, it might not happen at all. Instead, another avenue of research could create an equally dangerous threat, says Anward. “If you are experimenting in extremely fast ship technology – jump drives – then you might actually bore a hole into another dimension. Then the people there might decide that they like your dimension and they will come in and try and devour you.

“What that looks like is an empire called the Unbidden, energy beings, they spawn and they will start spreading and conquering and just devouring all life from your dimension until you stop them or perish.”

These scenarios are meant to function as boss battles of sorts. A final confrontation with something similar to what you’ve faced before, but on a whole new scale, with deadlier weapons and bigger plans. They’ll require changes in tactics and be quite challenging to defeat, and there’s more to come. Anward describes a third scenario where a race might arrive from a different galaxy, deciding that the lifeless husks they’d left behind in conquering and eating their various neighbours weren’t particularly entertaining anymore, and you/your stars are “looking tasty”.

Paradox are also considering something involving the game’s fallen empires, the classic trope of the decayed super-species that once ruled the stars but now only have a handful of worlds. Either one of these races will decide to kick themselves back into gear and come charging out of their peaceful regions in technologically superior ships – or two will, going to war with one-another over ancient feuds, with you and any other cowering mortal races rather stuck in the crossfire. 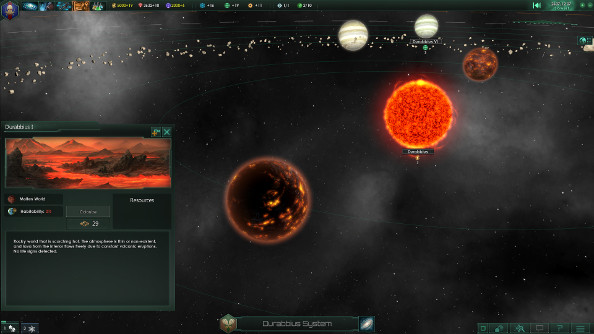 Much like the rest of Stellaris, it’s a nigh-infinite well of possibilities. What struck me while mulling over all this is not only does the base game look incredible, but the modding community – which Paradox have already spent many years cultivating – is going to have the time of their lives. My slow brain was already coming up with ideas during the presentation, making me ask if we could take the fight back to those invading baddies from alternate dimensions? Not yet, but it surely won’t be long until eager fans extend that and other endgame bits to take even more skill and time to navigate. Give it a couple of years, and the various universes that inspired these mechanics, from Star Trek to my own personal love Warhammer 40k, will likely have been ported through as well.

I absolutely cannot wait. Paradox haven’t just made a great looking game, they’ve built a foundation on which a dozen other space operas can and inevitably will be constructed. May 9th is go-day, and it can’t come soon enough.