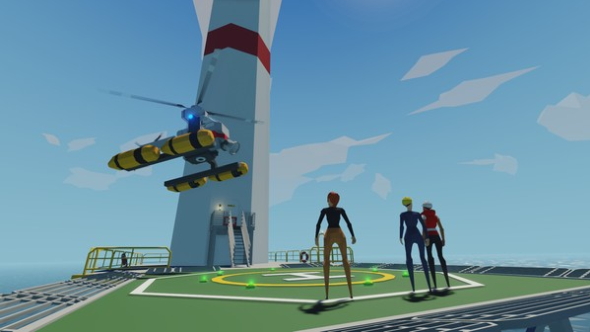 This is a sponsored post courtesy of Green Man Gaming.

Being stationed on a tiny, rainy island somewhere off the coast of Scotland might not feel like a position of infinite possibilities. But, in Stormworks, your role as a coast guard captain gives you the excuse to build rescue vehicles from scratch and then pilot them across the ocean in a series of daring missions.

The problem with infinite possibilities, of course, is that they can be overwhelming. So with that in mind, here are a few tips to get you started down the path to becoming the Elon Musk of maritime security.

Explore the world (or, at least, the coastline of Scotland) 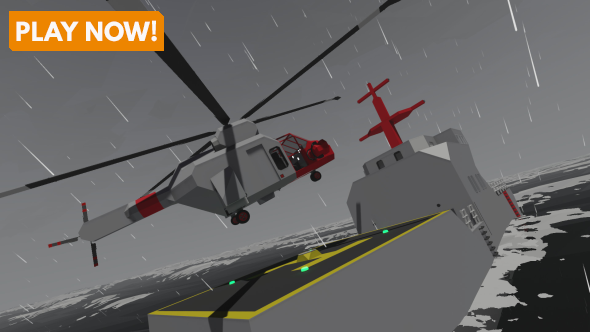 Your vehicular experiments in Stormworks are catalysed through the collection of components and blueprints. Components are the finite blocks you build with, and blueprints allow you to create a specific component over and over, just so long as you have enough cash.

In Career Mode you are rewarded with money, components, and blueprints upon completing missions, and in the monthly reports that track your success and grant you funding based on performance. In this sense, at least, being a coast guard is a little like overseeing an XCOM campaign.

But why wait? Components and blueprints are out there in the fog, too, bobbing in the ocean and hidden on rocky islands inside loot boxes. And there are hundreds of islands out there that are ripe for visiting in a jet-powered dinghy or homemade helicopter. 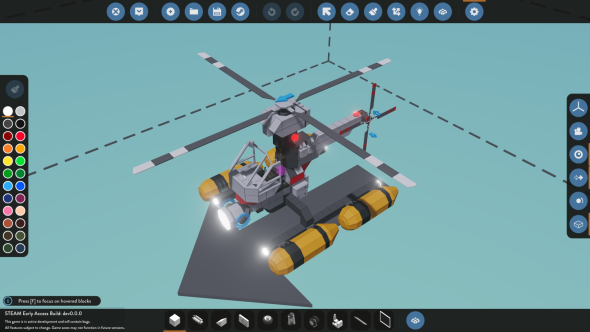 Stormworks’ build mode is freeform to the extreme, giving you a literal starting block and leaving you to select components from the categories at the bottom of the screen. Whatever you eventually plonk on top on that initial cube, though, you will probably want a boat to look more or less the same on the port side as it does on starboard.

Engage symmetry mode, then, and you will see a dividing line cut straight through the centre of your vehicle. Any block you place on one side will be mirrored on the other. Not that symmetry is necessarily conducive to beauty, of course, but it is a characteristic shared by nearly every helicopter, boat, and submersible ever made. Probably worth bearing in mind, then.

If it floats, it is a boat 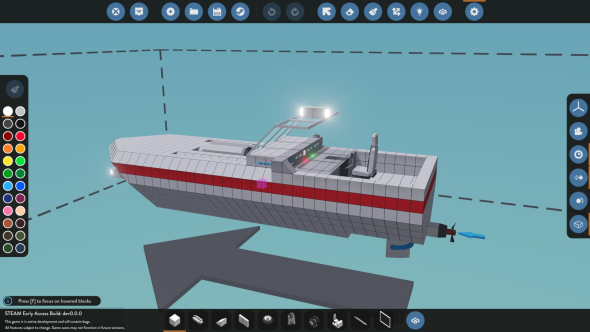 The options available to you as a plucky young greenhorn new to the guard can be intimidating. Vehicle-control blocks offer rudders, wheels, and pilot seats; propulsion blocks provide turbine engines, rotor blades, and propellers; specialist blocks include searchlights and flotation devices.

It is worth bearing in mind that you can always refine your builds later. Every component carries weight – engines more than most – so it is far better to block out a functional mass and get it in the water than to build a high-concept cruiser so heavy that it immediately sinks – or, for that matter, a helicopter with a centre of mass somewhere starboard of the cockpit. In fact testing and redesigning is a key part of Stormworks. Once you know your vehicle fits the basic definition of the word you can then iterate until you have something genuinely seaworthy.

Give your vehicle a good name

Open the gate to logic 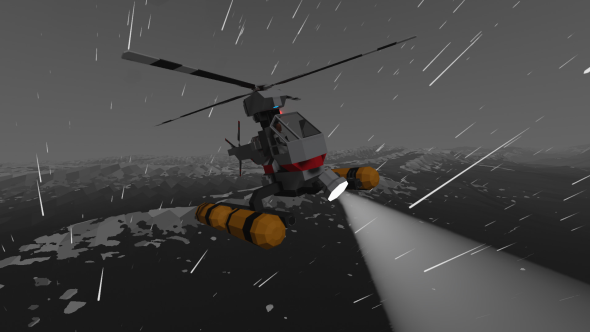 As in Minecraft, a number of Stormworks’ more innocuous-looking blocks have the potential to be used as complex programming tools. While this allows you to build complex circuits that could probably power an ocean liner it is best to start simply – perhaps by connecting a light to a button, a lesson with practical value when sailing across the misty seas of Scotland.

Within build mode, a button component has an external input – i.e. the switch itself – and a ‘pressed’ state. Hook the latter up to a light by dragging one logic node to the other, and voila: the light will trigger when the button is pressed. Once that works, you could add in an extra stage – this time connecting the ‘pressed’ node to the control signal of a blinker component, and the output of the blinker to the light. What says safety better than a blinking light at sea?

Using the ‘select’ cursor in the UI you can tweak those components in more granular detail – altering the duration of the blink, for instance, or changing the display name of the switch. It helps to know what button you are hitting when out on the ocean in first-person. The same principles apply to far more ambitious logic projects, involving AND gates, OR gates, and blocks for setting values. Expect YouTube to become clogged with the results. 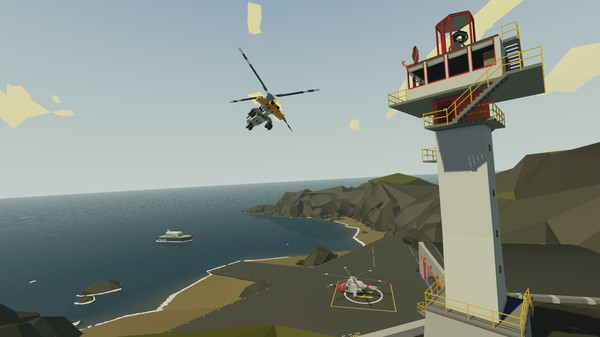 While less crucial for your boats, do make room for wheel brakes among the array of fancy buttons you put in your aircrafts’ cockpits. That might sound obvious, but it is an easy step to overlook amid the excitement of building your vehicle. There is nothing worse than perfectly piloting your custom craft onto a helipad, only to watch it roll gently backwards into the unforgiving embrace of the ocean.

No single component in Stormworks is designed to solve a specific problem. Instead, they are intended to be combined in creative ways as you see fit. Who is the coast captain here? That’s right, you are.

If you fancy the life of the coast guard, you can find out more about Stormworks: Build and Rescueon the official site.