This came as a surprise to developer Supergiant Games, whose previous three titles never truly found a home on the streaming platform. With Hades, the studio started to attract an entirely new audience. This has allowed the devs to source valuable feedback from Early Access patrons and act upon it, drastically improving Hades ahead of launch.

“Throughout the development of Hades, we have tried to be mindful of a spectator's experience as well as the player's,” writer and designer Greg Kasavin says. “What is this game like for someone just watching? Can they tell what's going on, is it fun and exciting to watch, and can viewers imagine themselves playing?”. Being mindful of this has several benefits — such as increasing the game's appeal to streamers and zeroing in on its most appealing, most sellable features — and the team has made conscious choices about the game’s design to ensure viewers can follow the action.

These practices have been at the heart of Hades ever since it first exploded on Twitch — particularly so after a big update, at which point thousands of viewers will come online to watch their favourite streamers experimenting with it. From weapons rebalances to the addition of new areas, each overhaul brings something fresh to Hades, which means it’s something worth watching. 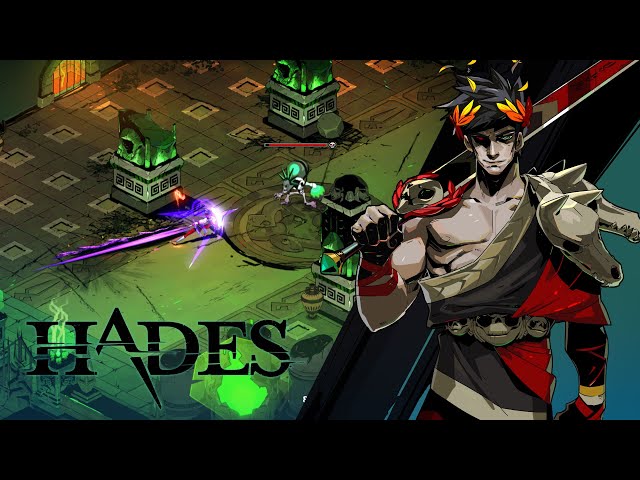 Hades is far from the first, of course. An array of indie games have curated dedicated fan bases in the shadow of behemoths like Fortnite and Dota 2. Indeed, indie communities can be found in every nook and cranny, from the darkest corners of Twitch to its prestigious Most Viewed category. FTL: Faster Than Light and The Binding of Isaac are two prominent examples, both of which make use of procedurally generated maps and excel in offering a new experience with each run.

The developers we’ve spoken to agree that streaming such games is very different to more linear, traditional triple-As. To see newcomers and veterans alike playing around with alpha or beta builds can offer devs some invaluable insights. Most of the decision making happens afterwards, and often unexpectedly from a development standpoint.

Slay The Spire designer Anthony Giovannetti argues that genre and game elements will affect how relevant streaming is for most games. While a narrative-driven story that ends in five hours will make viewers “less compelled to purchase the game for themselves,” since the streamer has already “consumed” all the story content, roguelikes offer a playground for trying out different strategies. “A common sentiment players expressed was that they saw their favorite streamer play the game over and over again and make mistakes and die often,” Giovannetti adds. “[Then] they’d want to see if they could do better themselves.” 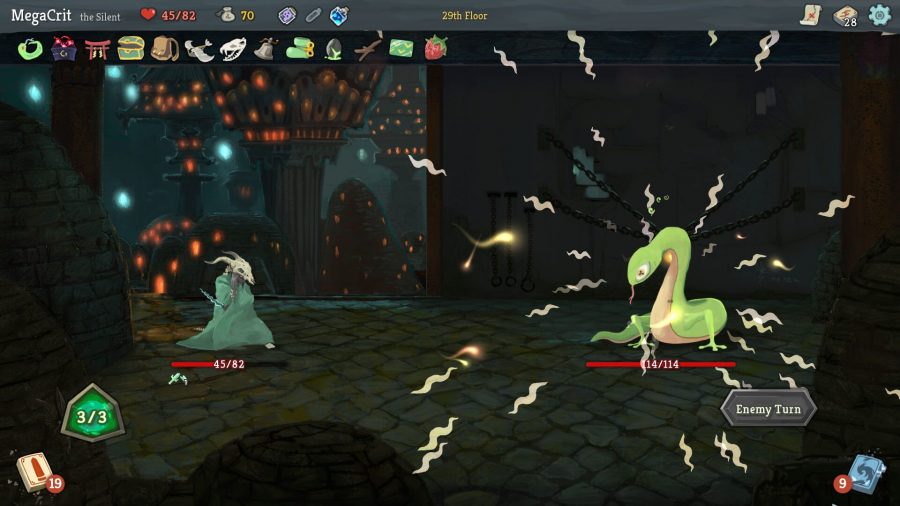 For John Lindvay, producer at Darkest Dungeon developer Red Hook Studios, it has less to do with genre than it does mechanics or playstyle. “While some like to say Darkest Dungeon is a roguelike, we don’t have a hard fail state except on our Stygian Difficulty. By default you can’t ‘fail,’ you’re just set back,” he explains. “But what we do provide is a nice core loop that rewards repetition and experimentation, which most roguelikes share. Each dungeon run is another challenge, and though it’s familiar, there are many ways to make it new again based on party compositions, internal personal goals, and directives.”

Darkest Dungeon is a game about managing a four-member party through a series of dungeon crawls. There’s not much of a background story – instead, micro narratives arise of their own volition as characters fight eldritch creatures in putrid hallways and blood-drenched rooms, expressing their thoughts via short, sporadic blurbs of text, each accompanied by the narrator’s voiceover. “This encourages players and their [viewers] to construct a narrative and engage with the game’s story in their own way.”

The development team are viewers themselves, and have a tradition of watching players stream Darkest Dungeon on Twitch, both as a spectacle and as a means of obtaining “immediate and visceral feedback” on the project. Lindvay explains that in the past, such feedback only came from hovering over players’ shoulders at shows like PAX and GDC. But as he notes, the developer’s presence directly affects how people interact with the game — there’s a certain degree of artifice involved, or at least a reluctance to experiment, on the player’s behalf. 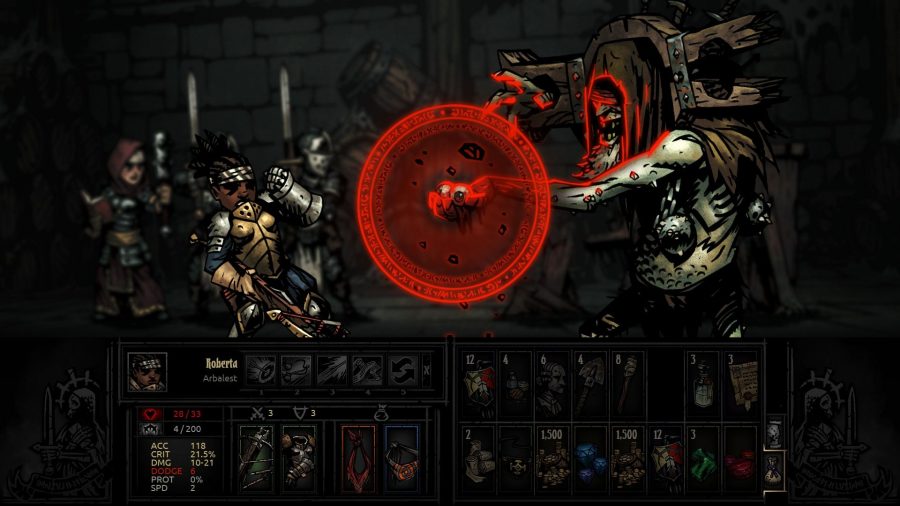 “I would argue it benefited the development of Darkest Dungeon, as we got to see how people engage with it from a secluded vantage without [the] need to mediate,” Lindvay says. “How a player moves through a game flow, how they curse a critical hit from an enemy or an unlucky string of actions – this helps us validate some of our design goals and find points of friction to iron out later”. He adds that most of the benefits relate to the user interface, since it’s typically what players experience first. Later on, the team were able to spot the right moments to pause the action with, for example, a little downtime at camp. Utilising and implementing the same kind of feedback is a conscious lesson that the team is now bringing into Darkest Dungeon 2.

Another benefit of streaming being a global phenomenon relates to localisation – an expensive commitment, but one which is crucial in helping a game access potentially vast new audiences if correctly prioritised. Again, streaming can help. “Slay The Spire benefited immensely from streamers throughout all of Early Access. Our big breakout moment was actually when a large Chinese streamer played through our game when it was still fairly unheard of and it generated over a million views,” Giovannetti adds. “We very quickly rushed to localise our game in Chinese in response.”

Hopoo Games co-founders Paul Morse and Duncan Drummond say that engaging with Twitch communities extends beyond the platform itself. They explain that they’ve sourced valuable player feedback for Risk of Rain 2 via other channels, such as Discord. 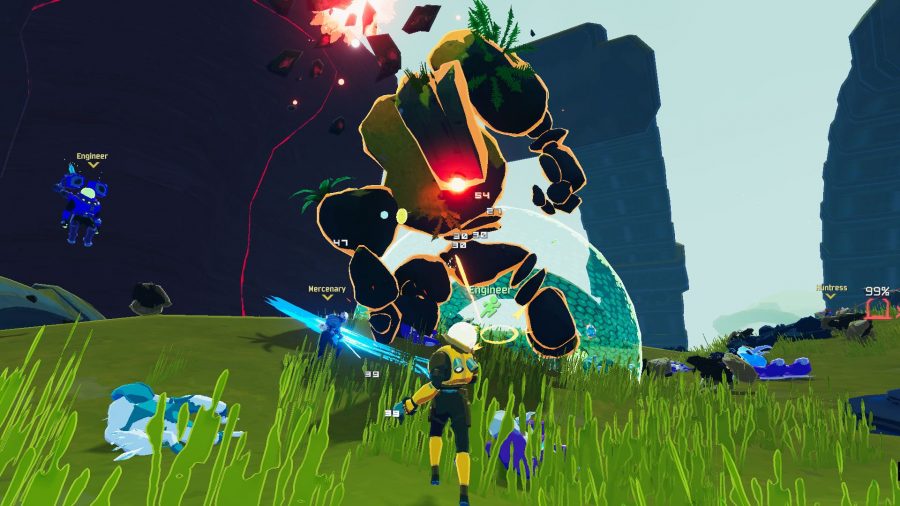 “We test the game ourselves, but there’s no substitute for seeing the game out in the wild and seeing different playstyles,” they tell us. “Streamers like WoolieGaming and Bisnap have been building communities around maximising and understanding the game, so it’s a great way for us to get feedback. It’s also important, however, that we have our own personal balance and design goals, and to make sure that we’re achieving those as well.”

With Early Access and an avid streaming community, we can get nearly real-time feedback on anything we add

The developers we spoke to unanimously agreed that watching streams can be considered playtesting. Indeed, it has some advantages beyond conventional playtesting – for Kasavin, one of the challenges of developing an Early Access game is that it’s fundamentally impossible to experience it through new eyes. “You can try to play it as a new player and try to pretend like you don’t know how anything works and go through the process of learning again, but on some level you’re just acting it out,” he says.

That’s a problem, because it’s obviously essential to understand how new players will experience the game. You can’t just appeal to the vets. “Your goal is to eventually exit Early Access with a game you hope a lot of people will play for the first time and enjoy,” Kasavin tells us. 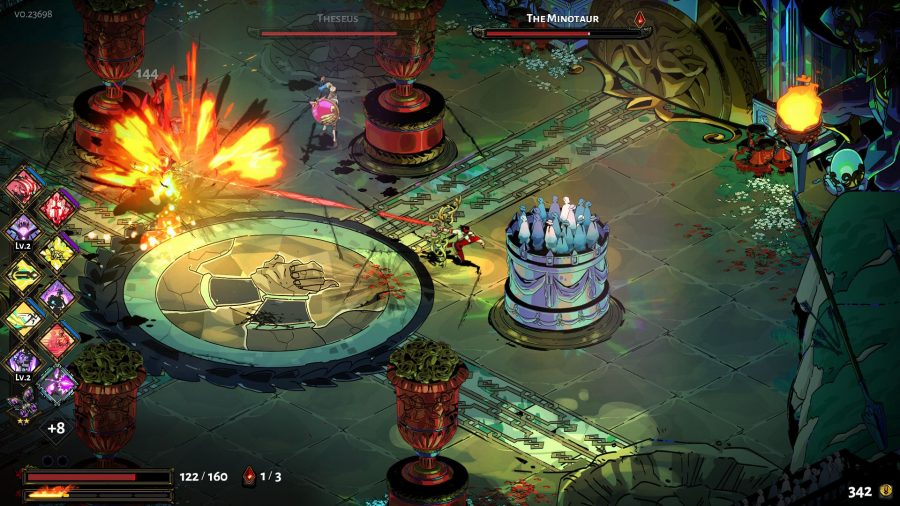 To see someone experience your game for the first time and understand what’s going through their head is precious to developers – it leads to discovering blind spots about what’s confusing, what just isn’t working at all, and so on. For a narrative-driven roguelike such as Hades, it can also reveal whether streamers are enjoying their interactions with other characters, or if they can follow what’s happening in the story.

I watch Twitch morning and night, but first and foremost as a fan. That it can help with my job is just a perk

“Normally these are things we wonder about through years of development and in spite of numerous playtests, since playtests ultimately provide a relatively low sample size of feedback,” Kasavin continues. “But with Early Access and a fairly avid streaming community, we can get nearly real-time feedback on anything we add, which helps us refine our work and make better decisions about what to work on next.”

When asked if he thinks platforms like Twitch and Mixer could provide additional tools to help with this process, Kasavin remarks that although his answer would certainly be ‘yes’, he hopes such services remain focused on providing the best possible experience for viewers and content creators alone. This then benefits everyone, including developers.

“I say this as someone who watches Twitch morning and night, but is first and foremost a fan of watching game streams [rather than as a developer]. The part where it can also help me with aspects of my job happens to be a nice perk”.

These platforms are constantly evolving, but it’s content creators and communities who are driving that process, allowing devs to address feedback by implementing suggested changes. However, it’s worth noting that not many developers get the chance to reach the spotlight seen on Hades, which was perhaps a direct result of Supergiant already having established its caliber with its three previous games.

“We’ve been super pleased with how we’ve been able to collect and action feedback from players, be it from Early Access on Steam to watch[ing] people stream it on their PlayStation 4,” Lindvay concludes. “As a smaller studio, we look to take any advantage we can, so if we can glean useful information from a streamer [who] has a really bad streak and smashes their keyboard in front of thousands of people, we will take a moment to watch it and see if the game does what it was supposed to or did something misfire.”

While communities aren’t a new phenomenon, developers are actively finding new ways to make use of them with the advent of video, embracing viewer impressions as a vital source of feedback during Early Access. Practices like playtesting won’t disappear anytime soon, but when it comes to independent and smaller studios this worldwide tool is having a material impact on game development.