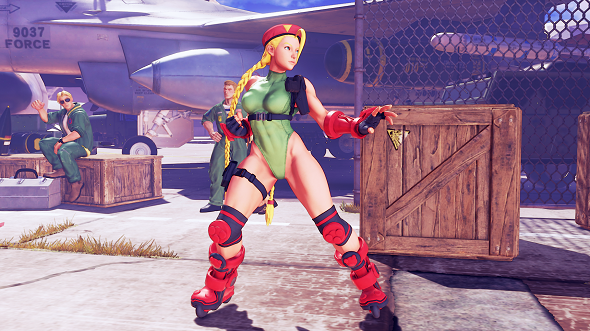 The list of games untouched by the most controversial trend of 2018 grows ever shorter, as Capcom has added a version of loot boxes to Street Fighter V. The update will drop on June 25.

The randomised rewards will be added to Survival Mode, along with a new system called Fighting Chance. Menat has opened up a fortune telling shop, where you can spend 500 Fight Money to get a Fantasy Fortune Reading. These readings are then deciphered, granting you several items, some exclusive to Fighting Chance. If this all sounds like a very laboured and roundabout way to go about delivering your randomised loot, that’s because it is.

If PCGamesN had its own loot box, it would almost certainly contain our best multiplayer games.

Items you can recieve include Battle Goods – which can help you get through the single-player Survival mode, art from previous games in the series and exclusive rare costumes.

While not explicitly called loot boxes, the new mechanic is virtually identical to the reward system that has caused so much ire in other high-profile titles like Battlefront II. Thankfully, the items in these loot boxes are (for now) limited to cosmetics or items for the single-player modes. There is also no way to spend real money on the loot drops at this moment. No pay to win here, folks!

It’s clear that Capcom has gone to some effort to camouflage this loot box system to avoid the negative press (and possible interest by government bodies), but that hasn’t stopped fans from voicing their distaste at the new feature.

It’s certainly a curious move to add loot boxes more than two years after the game’s disastrous launch and the subsequent backlash. The game has struggled to attract new players despite the launch of the superb Arcade Edition.

Still, there is plenty for fans of the game to get excited about in the near future, as Devil May Cry and Mega-Man skins are coming later this month.