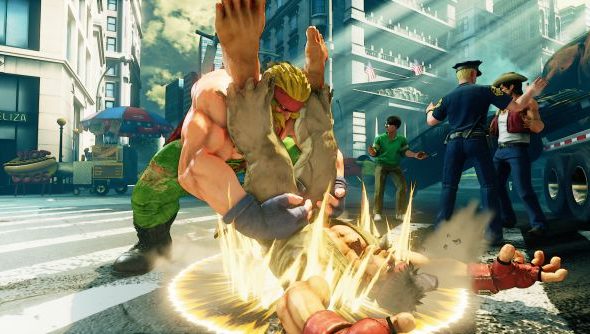 Street Fighter V’s launch was imperfect, to put it mildly. A lack of single-player features, an online mode that functioned at only the most basic level with no consideration give to concerns like leavers – it was a mess. In Capcom’s financial summary for the first few months of 2016, Chairman and CEO Kenzo Tsujimoto admitted to these problems and revealed that because of them “slight adjustments” have been made regarding future release plans.

These issues stopped Street Fighter V getting into our picks for the best PC games 2016.

In explaining lower profits predicted for the next quarter, Tsujimoto said that “we feel it’s better to give a little more time to development than before” in response to “what we learned from the past year of [Street Fighter V] operations.” He also directly addresses those problems, saying that “some aspects of Street Fighter V needed more polish, such as the lack of content and server issues at launch.”

It’s definitely a smart move if it can avoid the connection issues, feature dearth, initial poor reaction and missed sales target that sums up SFV’s release. It’s a great game, and a worthy top of the fighting game pile, but it really could have used the content and fixes it’s had patched in since launch, even if it meant a delay. Of course, that would have been very awkward when the Capcom Pro Tour was taken into account, and may have required delaying Capcom’s eSports plans significantly.

As for the future of Capcom’s other franchises, the effects of these slight adjustments are going to be evident. “Profits may take one or two years longer to stack up than initially expected,” says Tsujimoto. “However we will be firmly strengthening our brands. That being said, even looking at Capcom’s growth exclusively, we expect at the very least growth in excess of ten per cent to continue.”