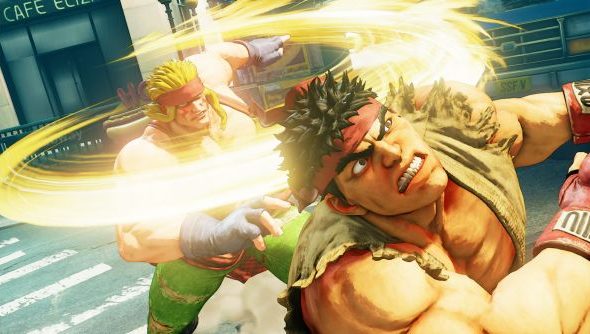 The latest sales figures for Capcom’s Street Fighter V suggest the game is in a bit of a lull after what many consider a botched launch.

To be fair this is a tough launch year, look at all these amazing PC games in 2016.

The Japanese company had expected 2 million shipped units before the end of the fiscal year in April, however at the end of May only 1.4 million had made it off the shelves.

Now that June’s figures are in, that number has yet to change, suggesting fewer than 100,000 copies of the flagship fighting franchise were shifted worldwide during that month.

July was a pretty big month for SFV, however, with Story Mode finally releasing alongside two DLC characters Balrog and Ibuki. It was also the main focus of the Evo Championship Series fighting game tournament in Las Vegas, broadcast on ESPN2 and to hundreds of thousands of viewers on Twitch.

Next month’s sales figure update could be extremely telling, then, as the features that should have been in the launch game exposed to a massive online audience would be expected to drive additional sales if there are any left on the fence.