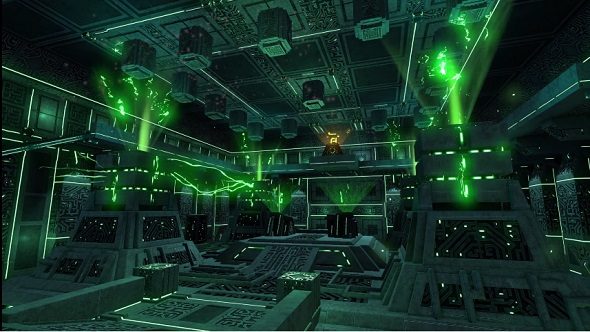 Following on from its previous update which introduced Precursor technology to the underwater landscape, developer Unknown Worlds have added another Precursor base to Subnautica, along with coffee and vending machines for hungry scientists. These snacks and drinks will help underwater explorers burn the midnight oil, especially when you’re exploring the depths of the Lava Castle.

If exploration and building’s your thing, try out these other PC sandbox games.

Nestled within twisting tunnels of basalt and lava, the new Lava Castle Precursor base has more ancient tech for players to pilfer, with the new Ion Battery and Ion Powercell blueprints hidden within its walls. You can also get a glimpse of Precursor droids, mini-spider robots which patrol the base and watch for intruders. With the addition of this new base, extra Precursor caches can be found around the world, so keep looking for any pieces of old world technology while out diving.

This update comes with a host of items for home improvement, including vending machines, bins and the long awaited bed. Yes, you have been swimming underwater and building bases all this time without even taking a nap. God the player character must be tired. The bed allows you to skip the night while the trashcans permanently gets rid of items you don’t want in your inventory, including nuclear reactor rods with the special Lab Trashcan. There is also a craftable duffel bag which explorers can bring with them, should you not have enough room to stash those important blueprints.

Unknown Worlds have improved some existing features as well, including the addition of a ping management system for your PDA, improving the Gravsphere so it grabs nearby loot as well as fish, along with giving the Airbladder its final model and animation.

The patch is available now if you own Subnautica on Steam and you can read the full patch notes over on the official Subnautica site.