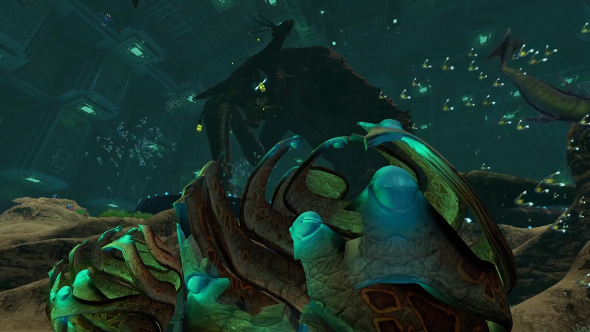 Subnautica’s Voice of the Deep expansion is bringing with it several new bits and bobs for explorers to uncover, but one of the most interesting is what the Containment Facility actually, well, contains.

Test your survival skills, with these brutal PC survival games.

The mammoth Emperor Leviathan is waiting within the facility, and per the Subnautica devs, it’s “something massive” and “very much interested in you.” It doesn’t specify whether the Leviathan is friend or foe, or “neither,” but instead leaves it up to players to discover.

It’s all waiting in the briny deep as Subnautica’s endgame. The game is still in Early Access, if that previously kept you from making a purchase, but with a possible terrifying and intimidating sea creature on the loose, why not go ahead and take the plunge?

You can check out the additional notes for the latest update at the official Subnautica site.