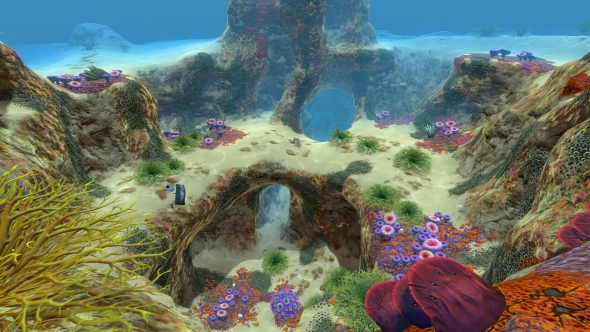 It’s a simple mistake to make – eating someone’s beloved pets. It could happen to anyone, even in the depths of Subnautica, as one unfortunate player discovered.

Thinking of diving in? Make sure you are not out of your depth with our Subnautica guide.

Twitter user Indoor Snowman revealed that, while they were playing underwater, creepfest Subnautica, they found one of the game’s many time capsules.

Time capsules are containers that players can put items into alongside a customised message. These capsules can then be found by other players in-game, with the finder being able to keep the time capsule’s contents.

Unfortunately, Indoor Snowman did not realise time capsules contain a message when they stumbled upon one full of fish.

in subnautica, when players leave the planet, they can leave a time capsule of items for other players. i found one full of fish and i just thought “lame” and ate them all. going through my pda i realized the capsules come with messages and i discovered this. pic.twitter.com/PGQxFDNJYQ

Other Twitter users were horrified by the admission, justifiably branding Indoor Snowman a monster.

I’m disappointed in both of you pic.twitter.com/lpUbh0wB9l

Don’t worry, though. Time capsules can appear in several player’s games and it seems at least one person did right by Oswald, Martha, Greg, Sarah, Peter and Harry.

To those playing #Subnautica I got the sweetest Time Capsule on my stream today. It held the fish friends of it’s previous owner. Peter, Oswald, Greg, Martha, Sarah, and Harry are safe with me. Thank you! I wish I knew who you were!#FindTheOriginalFishDaddy! @Subnautica