When you think of speedrunning the survival genre probably isn’t the first to spring to mind. And there’s a good reason why. Survival games are often awkward to run, with many of them boasting a huge map to explore or relying heavily on chance for you to succeed. Despite the unlikely pairing, however,  there are entire communities devoted to speedrunning survival games, each of them demonstrating almost inhuman levels of skill.

Subnautica, the popular underwater crafting and combat game set on a hostile ocean planet, has got its own speedrunning community. These players aren’t content with sustaining themselves on bladder fish and enjoying the pretty coral forests for hours at a time. Instead, they’ve been working on finding the fastest possible route to the game’s end credits, bending the mechanics and glitches to their will.

Subnautica’s underwater world is dangerous but it can be a place to relax, too.

Dutch Subnautica speedrunner Minkey is the current world-record holder (at time of writing) in the survival any% category with a run of 46 minutes and 13 seconds. He is also the former world-record holder among the hardcore any% runs. It was Subnautica’s obscurity among speedrunners, along with the quiet moments of repose between the desperate dashes through flaming debris, that led him to start running the game in early 2018.

“The community, playstyle, graphics, and the soundtrack appealed [to] me a lot,” he explains. “The game is pretty chill to run in my opinion. There are times where you do nothing besides holding W to move forward for like a minute, which gives you time to calm down when you’re on a good pace.”

Samuel ‘Salvner’ Hopkins is one of Minkey’s biggest competitors and just had his world record in the survival any% category snatched off him by Minkey. He began running the game due to his love for the core experience and a desire to get into speedrunning. For him, Subnautica seemed like the perfect entry point into this mad-dash world.

“I’ve been playing Subnautica since 2016 off and on, and after finishing it on release, I wanted to play it more,” Hopkins says. At that time, I was seriously considering starting my first speedrun, so I had a look into my options. Watching Minkey’s survival world record run at the time, it seemed like a run with a good balance of skill and randomness to keep it interesting. It hasn’t let me down so far.” 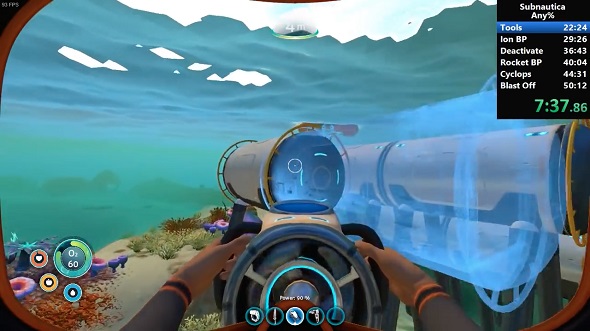 Some of the biggest challenges within the run are the large size of the map, the random location of spawns, and the amount of resource gathering involved to get through each area in Subnautica. Much of the early portion of the run relies on crafting items efficiently and knowing exactly where certain raw materials spawn. This requires a mixture of skill and luck, with players having to memorise the smallest details of the map, while also hoping the game spawns enough of the right materials to craft the required tools.

“The crafting aspects of Subnautica definitely have an impact on a run’s success,” Minkey explains. “Being able to craft stuff quicker definitely improves your time overall. Also knowing what to craft ahead of time is essential in getting a fast time.”

This isn’t the only problem at this early stage. If players take too long they will have to do everything in the dark due to the game’s day/night cycle. “I feel like the hardest part of the run is the resource gathering and just hoping that you can find things when you need them, but the night time is a pretty close second,” Clove, another top speedrunner in the community who prefers anonymity, says. “Depending on how quickly you get things done you will have to do certain parts of the run during night time which can really throw you off because of how hard it is to see. It’s a huge map and it’s very easy to get lost.” 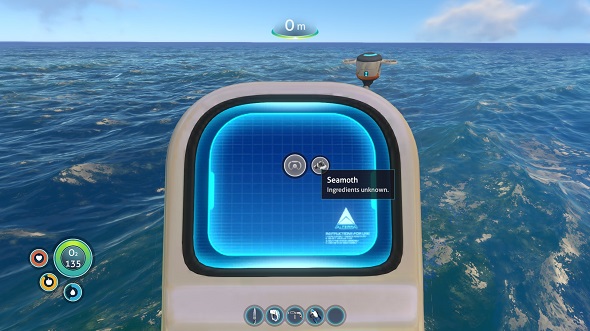 There are also much bigger problems than these that the whole community has had to solve together. The regular updates developers Unknown Worlds Entertainment put out, for instance, often alter the run dramatically, complicating it further. One of the most vital parts of the run is getting inside the wreck of the Aurora to get the rocket blueprints needed to complete the game. If you don’t get inside then you have to wait between 40 to 80 minutes for the Aurora to explode, as the developers intended.

Originally, runners were able to despawn the ship to get inside with the habitat builder, but this exploit was removed in Update 84. As a result, many were considering downpatching to version 1.0, but Clove – the current world-record holder (again, at time of writing) for the hardcore any% category with a time of 51 minutes and 50 seconds – managed to find an alternative to this through exploit hunting.

“The only way to get inside the Aurora and get the rocket blueprints without exploits is to wait for the ship to explode […],” she explains. “I didn’t like the sound of that so I immediately started trying to find new ways inside by just swimming around the ship hoping that I found a weak spot. I did find an entrance on the top of the ship that was accessible but, a few days ago, I found a much better entrance on the side which saves more time and it allows us to run hardcore any% again.

“It used to be impossible to get back out of the Aurora without dying so the fact that I was exploit hunting resulted in nobody needing to downpatch their game for any categories.”

As the run is still relatively new, with the full game only having launched in January 2018 after a long period in Early Access, there’s still potential for the current records to be improved upon, either through new exploits or better coordination. “At this point in time the actual ‘exciting’ parts of the run take second place to focused movement, map awareness, and good randomness in the first section,” Hopkins says.

Minkey agrees with this. “Subnautica has a lot of RNG in it and if someone manages to get amazing RNG plus has excellent execution, they will be able to beat [the current world records],” he says

Subnautica is not an obvious choice for speedrunners, but it is perhaps exactly that which has brought together a community of strangers to try to beat it in under an hour. That is an astounding achievement when you consider the game is intended to take up to 30 hours to complete – though, to be fair, we usually manage to make what should be one-hour tasks last about that long.