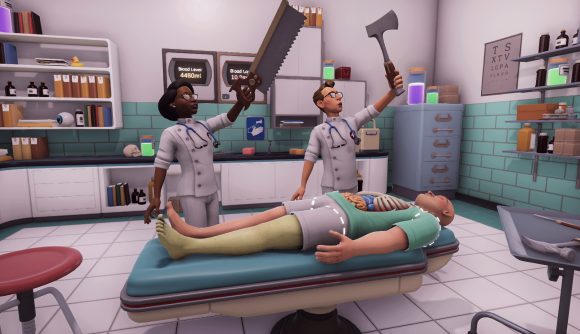 Surgeon Simulator 2 goes back in time to mid-century England and puts you into surgery theaters in which, presumably, you will educate onlookers on extremely safe and practical surgery techniques. The operations this time around will feature “new puzzle-based gameplay”, according to a press release.

The four-player co-op will be available in standard surgeries as well as the new Bossa Labs Creation Mode. This level creator is the same one used by the developers, and whether you’re building things alone or online with friends, you’ll be able to share them online with other players and, naturally, pull down other user-made content from the internet.

Surgeon Simulator 2 is, as previously announced, coming to just the Epic Games Store at launch. Pre-orders are available for $24.99 / £19.99 ahead of the August launch, and will grant access to a closed beta later this year.

I suppose it’s time to prepare our list of simulation games for an even greater level of realism.