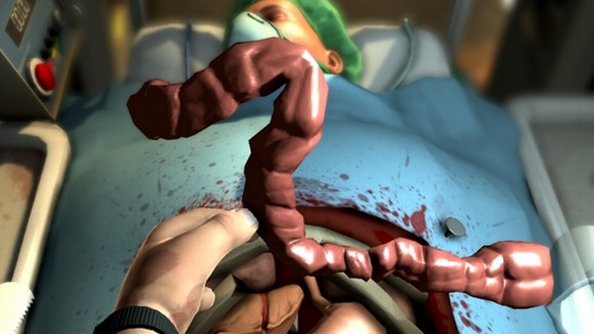 A couple of days ago, Jennifer Scheurle – game design lead at Opaque Space – sent out a tweet.

Using Assassin’s Creed and Doom as an example (both games “value the last bit of health as more hit points than the rest of it to encourage a feeling of *JUST* surviving”) – as well as Hellblade’s permadeath myth – Scheurle set out to find out what “brilliant mechanics in games are hidden from the player to get across a certain feeling.”

Bossa Studios’ co-founder Henrique Olifiers replied, stating: “In Surgeon Simulator we hid many features to incite curiosity: for instance, if you dial your real phone number in the game, it calls you.”

When pressed if this was real, Olifiers says: “True. And it plays a message integral to unlock a hidden level. God, I hope the dial-out server still runs!”

Jane Ng, lead artist at Campo Santo, added that, in Firewatch, “a player not responding to dialogue prompt is a noted choice.” That might not seem like a big deal – after all, Telltale’s been doing this for some time – but in Firewatch’s case, refusing to respond is not explicitly given as a choice. And yet the game translates it as one. As Ng says, “it helps create a feeling that ignoring someone has social consequence and the other person is ‘real’.”

And BioShock 2 director, Jordan Thomas, confirmed that in BioShock, the speed of Big Daddies was intentionally slowed down if you were facing away, to ensure you didn’t “die confused.”

For more behind-the-scene insights, check out the fullTwitter thread.