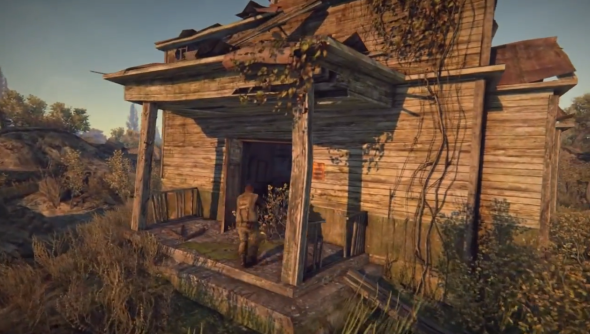 Stalker 2 may have been canned but Survarium is the classic franchise reborn as some sort of free-to-play multiplayer shooter mutant child. It’s got one of those good mutations, though, like telekinesis. Not just a bloaty head.

See how it’s coming along in the new PvP video.

I was able to play an early build of Survarium at Gamescom this year. And, despite being buggy and clearly still deep in development, it was not too early to tell the designers know their wastelands. It was a gorgeous example of overgrown Soviet industrial sector. Collapsed factory buildings were coated in ivy, there was a car shot through with a determined tree, and it just oozed attention to detail.

You can see something of that in the video.

Unfortunately, until the game is later in development, it will be difficult to say whether the shooting is up to scratch. When I played it seemed fine but nothing special.