Space doesn’t seem a very fun place to live. At least, not until someone else has gone out there and made things all cozy and human-habitable. Have a thought, then, for those brave first pioneers on the dusty plains of Mars, and the hardships they are surely set to meet.

If you prefer your space strategy pre-colonised and packed full of angry neighbours to fight, we’ve got you sorted too. Check out some of the PC’s strategy greats.

Heavily inspired by The Martian (not the movie, the Andy Weir treatise on Martian colonisation thinly disguised as speculative fiction), a recurring theme of Surviving Mars will be that everything you take for granted as a pillar of human existence and civilisation is going to be hard to come by on the surface of the red planet.

Our most basic of basic needs – oxygen – is going to have to be slowly and inefficiently filtered out of the planetary atmosphere, a process that’ll require electricity, which you’ll need massive wind and solar farms to keep running with any consistency. Water will have to be mined from deep, frozen deposits making conservation of every drop all the more important as well. 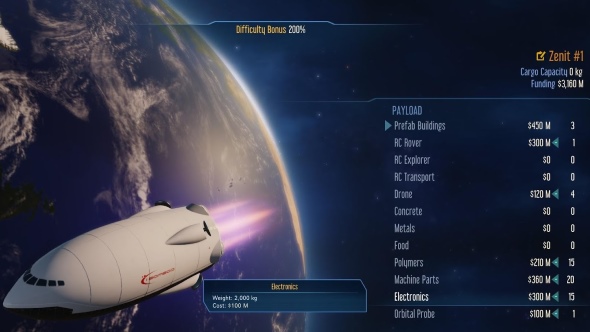 As a last ditch option, you can requisition resources from Earth, but the expense of ferrying equipment all the way from our home planet is measured with a very large number of 0’s. As in the little video above, your colonists may get super hyped for a delivery of some concrete, but it’s probably going to cost you in the hundreds of millions of dollars. Not exactly a quick jaunt down to the local builder’s yard, really.

You can read the full dev-diary for yourself to get a better idea of the kinds of hardships and resource management quandries that will be facing your intrepid colonists, but I think it’s safe to say that this is going to be a long and gruelling uphill struggle of the game. But once you get your first little dome-city built, with a lush green lawn, and a self-contained atmosphere? That’s going to feel special.

Surviving Mars is set to release sometime in 2018. Keep an eye on PCgamesN for more info as we get it, or wishlist it on Steam if you’re already sold on its red and dusty charms.