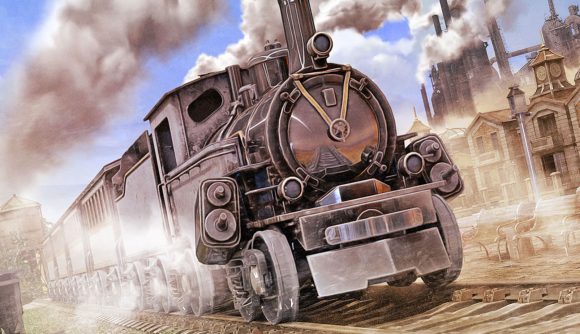 The PC has a wide range of fantastic games, but something it always needs more of are fun, relaxing titles to enjoy but not get too stressed over – or an update of ’90s classic Transport Tycoon mixed with a little bit of Factorio, which is what new title Sweet Transit is all about.

Transport Tycoon released in 1994, the same year that the XCOM series began – but unlike that classic strategy series, Transport Tycoon never got a revival despite original creator Chris Sawyer’s attempt at a sequel with Locomotion and the original being well-remembered even today as a more chill alternative to SimCity.

Now ex-Factorio developer and 3D artist Ernestas Norvaišas has teamed up with publisher Team 17 to create Sweet Transit, which seems to be a spiritual successor to Transport Tycoon. The game’s described as a “cosy train-driven city builder” – not enough games are called “cosy” these days – “where the railway is king and trains are the sole means of transportation and expansion”.

Sweet Transit is down for an early access release first, which shouldn’t be too far away as Norvaišas plans to release the full game later this year – although the Steam page makes clear that “Sweet Transit will stay in early access until it is good enough”. It will also have full mod support “from day one”, with Steam Workshop fully integrated.

oh my lord. one the 3D artists from Factorio is making a Transport Tycoon game alongside Team17. yesss please https://t.co/BZ81BiwSZ0

It certainly seems a lot of fun, so who knows – Sweet Transit may join Factorio as one of the best management games on PC when it hits in late 2022.