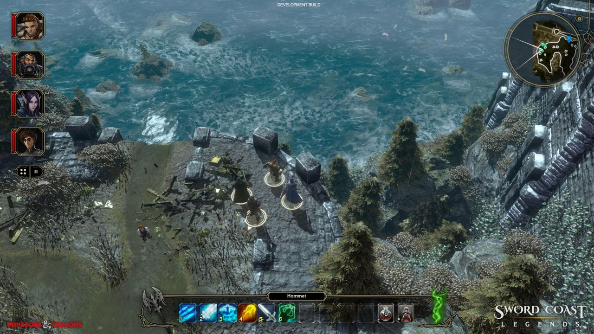 If you’re feeling very, very confident about Sword Coast Legends and fancy dropping a pre-order on it, you’ll be able to play earlier than the official day of release. Depending on how much money you want to throw into the pot, you could be playing as early as September 11th.

Members of the Design Council (an oddly fancy name for people who pre-order the Limited Edition Collector’s or Campaign Collector’s versions) will be able to play from September 11-13th.

A second phase opens up between September 18-20th for all other pre-orderers.

These periods will allow players early access to the Dungeon Master modes of Campaign Creation and Dungeon Crawl. This will let you play around with the toolset and create your own adventures. The Story Campaign will not be available in the early access phase to prevent spoilers getting out.

A third phase goes live between September 24-29th, where Design Council members will be able to get early access to the story.

If you’re not in the habit of spending money on games that have not been released, you can wait for the game to be launched on September 29th.