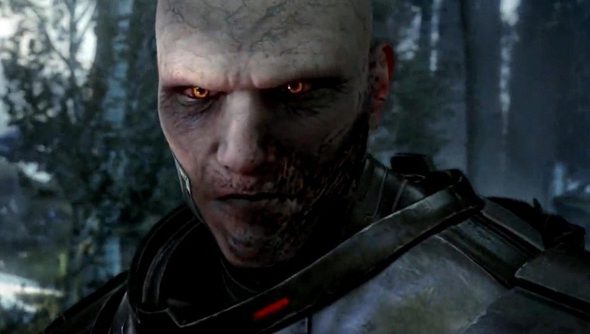 According to the official (and highly suspect) numbers, Star Wars: The Old Republic had 1.3 million players at the end of April. That should mean that it’s way too early to indulge in the favorite hobby of forum users everywhere and proclaim the title dead. That said, the game faces some serious problems: a lack of content at the level cap, and a lack of people. For a MMO that cost so much to develop, that’s not a good thing. At all.

At this moment in time, Star Wars: The Old Republic has 217 servers (yes, I counted them). 123 in the US, 91 in the EU and 3 in the Asia Pacific-region. Many of these were created when the game launched as a countermeasure against the long queues that popped up as around 2 million people tried to log in at the same time. But that was then, and in hindsight it might not have been the best of ideas – Torstatus.net, which compiles data on the amount of people logged in to the various servers, shows that population has dropped dramatically since December. While servers would often hit “very heavy” load early on, the average has declined ever since and except for spikes towards “standard” steadily stays at “light”.
In short, 217 servers are plenty of servers too many. It creates a vicious cycle, in which many servers become increasingly barren – either because players create new characters on the more popular ones (which in turn creates more load, and potentially new queues, on those servers…) or simply leave because they don’t have any people around to play with and don’t feel like leveling a brand new character. In Star Wars: The Old Republic every server is an island, which leaves people waiting around in warfront-queues or desperately looking to put together groups for multiplayer flashpoints without much to choose from.
One solution, which many players are calling for, is fairly easy on paper – server transfers. Bioware say they willmaking that a reality in patch 1.3, with select servers opened up for the service. Another would be cross-server warfronts and flashpoint-runs, the latter aided with a Looking for Group-tool similar to the ones used in World of Warcraft, Rift and Tera. While a LFG-tool is incoming, it will not cross over server borders. That is a big mistake.
A cross-server tool would directly tie in and help solve the second problem Bioware are facing – the lack of content for level capped-players – since it will allow people to easier find groups for the activities that are actually there. It won’t stop the major design flaw that Star Wars: The Old Republic has to deal with, the fully voiced quests and their heavy reliance on story.
As it stands, the game wants you to take part in the storylines the writers have created; it wants you to create a connection to your character in the same way we connected to Revan and the Exile in Knights of the Old Republic 1 and 2. When that (usually beautifully crafted) story ends, there is a disconnect between the leveling experience and what comes after – raids, hard mode flashpoints and PvP. While the developers have been telling their players to roll new characters and experience all of the storylines, it looks as if they underestimated how strong the connection between player and avatar would become. That, or the quality of the side quests and planets that players will have to revisit while levelling just puts people off.
These two issues are the reason why many of us are waiting for bated breath for patch 1.3, the next major patch for Star Wars: The Old Republic. While 1.2 added some new content, mostly in the form of new daily quests in the Black Hole-area, and features that some believe should have been in the game from the start, 1.3 has the chance to turn the ship around towards a healthier and happier population. Server transfers will allow players to move around more or less freely, at least. It will take some gutsy decisions, from services to design, to make sure that Bioware’s first MMO doesn’t go the way of Warhammer Online – a game that has two remaining servers and are still trying to fix parts of the gameplay that has been broken since launch.
The question about what to do with all of the servers that will be abandoned remains; and server merges are always a PR problem.That is a question for another day. Right now, Star Wars: The Old Republic has enough headaches to deal with.