Games are much scarier than real life. Sure, real life has debt, overbearing parental expectations and, you know, crippling existential angst to deal with. Games however, can tune straight into our deepest darkest fears by pitting us against horrifically mutated nasties and turning the gamma right down.

Related: check out the best horror games on PC for more harrowing adventures.

But for all the terrifying games out there – think Outlast or Amnesia – it’s often the ones we don’t expect to that leave us most scarred. That or we’re all just a big bunch of wusses. So, in celebration of our cowardice, we’re sharing our personal stories of gaming torment with you.

When I couldn’t stop the Manhunt voices – Joel 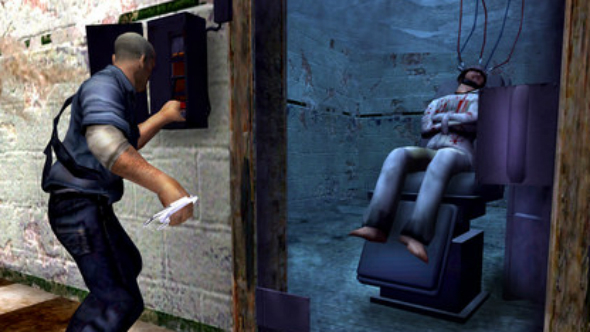 Manhunt released when I was 17, which is about peak age for subjecting yourself to things that will obviously be damaging but you do anyway because it’s definitely cool (see: smoking, hijinks involving shopping trolleys, and bookmarking rotten.com).

One of many trials I decided to put myself through was playing Manhunt at around 2am, in the pitch black, with no-one else in the house. That it happened to be a stormy night only made this more of an extreme sport.

I’m not very good with graphic violence in films, but it’s never bothered me in games. And as grim as Manhunt is, its executions were sufficiently low-res to avoid any emotional scarring. But the voice of the Director – the game’s all-seeing eye who orchestrates the events of the plot – is a different matter altogether.

It’s a combination of things. Firstly his actual voice – its tone and pitch and timbre – is creepy in and of itself. Then there’s his sadistic insistence on you performing all these unspeakable deeds, and the sick, slightly sexual pleasure he seems to take from them. And then there’s the fact that I was doing this in a room where I could see nothing except my hands, the TV, and the awful deeds playing out upon it.

All of which is to say, within about 20 minutes I couldn’t take it any more, turned every single light in the entire house on, and then waited until my mummy came home before I went to bed. 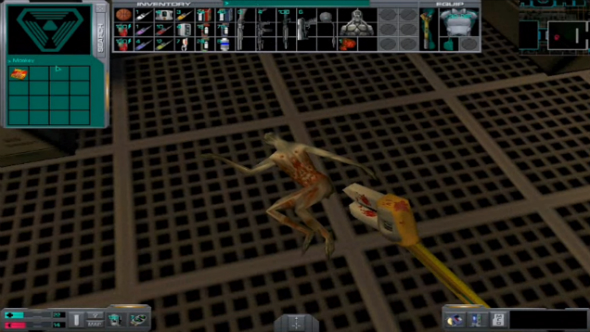 It’s 2am-ish, and I’m poking my way around the decks of the S.S. Von Braun, courtesy of a PC Zone coverdisk demo. Tonight, the Von Braun is adrift in space; its human occupants mostly splayed across the walls, portents of doom scribbled in entrails. It’s consistently surprising how well people can write with their own blood.

It’s an odd game: slightly inept, floaty controls, and it looks weird. Everyone and everything has slightly too many corners – there’s too much neon, faces with too few polygons. But it sounds incredible. I can still hear the heavy clunk of my boots on steel, the echoes and groaning of a spaceship in peril, the clearly horrified patrons and survivors calling out.

But mostly I hear the monkeys.

Down an elevator, turn right. Walk forward and then they start screeching. Furious, raging primates, screaming for blood. I remember, very clearly, taking a step back. “Monkeys? On a spaceship? What the blue fuck?” It took all my strength to move forward and confront this new hairy, pink arsed menace. Not only were these monkeys psychotic, scraping and tearing at flesh. They were also psychic. They throw fucking FIREBALLS.

I haven’t enjoyed a zoo since. 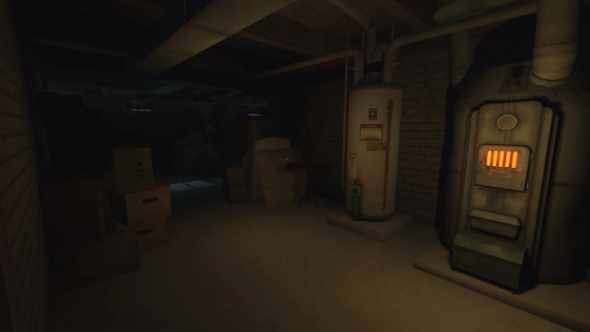 Basements are scary. Not only are they under the ground, which is where hell, worms and the majority of the world’s bodies are. They’re also dark, have few escape routes and are where suburban people leave old things they have no time or space for, like creepy dolls and grandparents.

Ignore the fact that Gone Home’s narrative is actually really sweet: the rain lashing against the windows and occasional clap of thunder outside are enough to suggest it’s about to descend into a jump scare-laden fright fest the second you round any corner. The basement segment was not relaxing foray into the game’s narrative. Amidst the mounting back story of ‘The Psycho House’, this was not a threshold I wanted to cross.

So I played other games for about three months until curiosity got the better off me. No ghosts, mutilated corpses or cults were found, but that didn’t stop me from playing the remainder of the game at daytime, with the lights on and someone next to me on the sofa for emotional support. 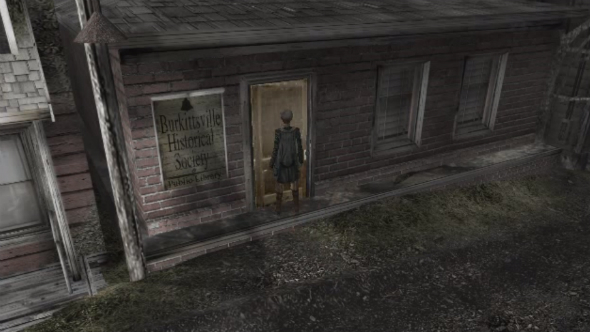 If you’re going to get beaten to a paste by somebody, you’d rather it was Mickey Rourke than that lad with an eyebrow piercing in the year above at school. There’s at least a bit of quiet dignity in it if the humiliation coming from someone with esteem. A bit of notoriety.

So it is with Terminal Reality’s licensed Blair Witch game. I wish I could say a better game got underneath my skin and made me run – actually run – out of my bedroom and down the stairs so quickly my mum thought I was trying to sledge down it again. I wish I could, but I can’t.

It was the first explicitly ‘horror’ game I played, and such was my understanding of how one played these games, I drew the curtains and turned the lights off. As far as I remember, nothing particularly scary even happened. What happened instead was that all the building tension, the shrill violins and shadows, the voice overed backstory and awkward camera angles… well, they all got to me. Before the eponymous Rustin Parr even had chance to say ‘Boo!’ I ran out of my room. No game since that fateful day in 2000 has elicited anything close to such a response.

Not descending into the morgue in Thief: Deadly Shadows’ Cradle, seriously now I’m not doing it, back off – Jeremy 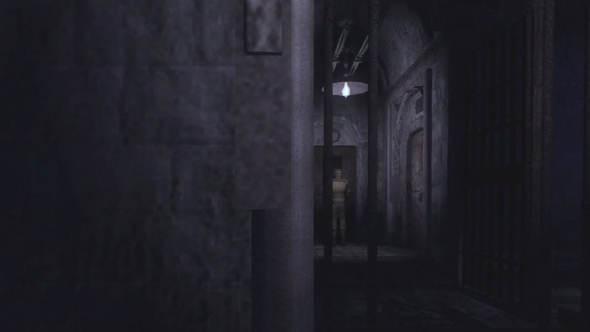 There’s something about taking a largely unscripted game, like Thief 3, and suddenly giving it jump scares. And that something is cruel. Lulled into the predictable rhythm of Deadly Shadows’ simulation for hours, I was thrust into The Cradle, now notorious as a solitary survival horror pant-filler hidden among straight stealth levels.

You know the nightmare scenarios that run, unsolicited, through your head as you walk down a corridor with the lights turned off? The problem with a game like Thief is that it’s all too happy to confirm those nightmares to you. In writing.

When I entered the Cradle, I knew only that it was a gothic orphanage that burned down. A few scraps of paper later, I’d learned that it was also a Victorian-style mental asylum, and at one stage both at the same time. By the end of the night, I wanted to punch Warren Spector in the mouth for inventing environmental storytelling.

But the fear started before then. It started when I was creeping up a staircase towards an attic door, and somebody started knocking urgently from the other side.

After that I decided I was pretty much done with stairs, confining myself to the ground floor – until a quest objective dictated that I head to the sodding morgue. Not a chance. I went and found my younger brother and forced him to hold down the W key until the whole sorry episode was finished.

Got your own gaming nightmare to share with us? Let us know in the comments below.