The teaser site, originally posted some time last week, for Otherside Entertainment’s next project has revealed that System Shock 3 is an official video game that is definitely happening. It comes paired with a voice clip and survey, but not a whole lot of information.

After more stone-cold classics? Check out the best games on PC.

The voice clip is of SHODAN, taunting the player as always with a line of arrogance and insult/charming pet name of insect. It’s been confirmed that original voice actress Terri Brosius is on the mic, so no fear of a jarring recasting. 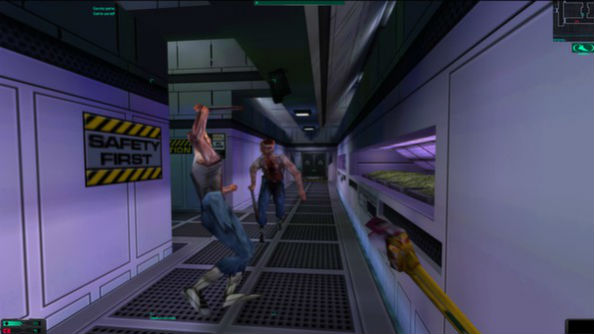 The mention of VR comes in the survey that you have to go through to sign up for a newsletter about the game. It asks for how much interest you have in VR gaming. As somebody that answered as low as possible to that question and doesn’t think games are the future of VR whatsoever, I hope they’re just testing the waters.

What comes next? My bet’s on a Kickstarter. A big, inevitably successful Kickstarter that will hopefully attract private investment to provide the kind of cash to make a System Shock successor we deserve.