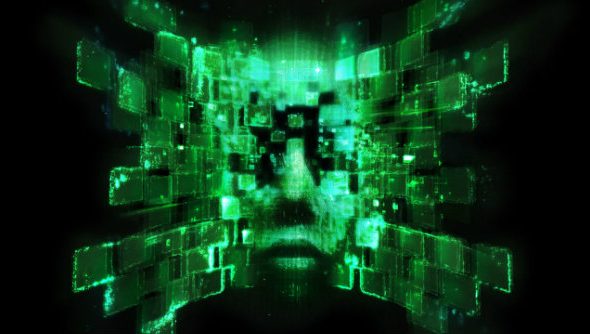 Last week we were met with the incredible news that Deus Ex & System Shock creator, champion of immersive sims and all-round cool guy Warren Spector was going to be heading up development on System Shock 3, and he’s just revealed why he wanted to work on the sequel at Otherside Entertainment.

If you’re looking for classic PC games, you can’t do much better than work through our list of the best games to ever grace PC.

Spector has recently been spending his time teaching game design students, and that career change is one of the things that led him back to game developement.

“There are a bunch of reasons,” he told Gamasutra. “You know, the first thing is, when I first started talking to the university, I told them I’d take a three-year commitment, because the game industry changes so quickly. I was worried that after three years, y’know, the relevance of what I know would start to diminish.

“And I wanted to make sure I didn’t become one of those teachers who used to make games, who used to know how games were developed and why. I knew I needed to keep my skills honed, so that was part of it. And part of it was just, y’know, I make games. It’s kind of what I do. I’ve been getting the itch to make something. It’s been coming on for a while now.”

Otherside Entertainment’s Paul Neurath, who Spector used to work with at Looking Glass, came to him and asked if he wanted to work on a modern sequel to a game series Spector helped spawn. How could he say no?

Spector comes across slightly frustrated with the modern industry in the Gamasutra piece, particularly with the triple-A space. “In the mainstream space I really haven’t seen a whole lot of progress,” he says. “It seems like we’re getting more finely-tuned, prettier versions of games we’ve been playing for years.

“Thank god for the indie space, there are people trying interesting things there. What I want to do, is I see a variety of places where we could make some strides that would help take games to the next level.

“The biggest one, for me, is more robust characters and character AI. We’ve gotten very good at combat AI, we’ve made great strides there, but I don’t think we’ve done much in the world of non-combat AI and interacting with people – human or otherwise. We haven’t done a lot with conversation, and establishing emotional relationships with characters in games. So I’d very much like to play with that.

“Also, while I’ve seen some efforts, especially from the guys at Arkane, to sort of extend the design philosophy of Origin and Looking Glass – that whole “immersive simulation” and its philosophy of empowering players to tell their own stories. I’d like to go further with that. It’s nice to see more people trying, but I think there’s a ways we could go as well, in terms of empowering players to tell their own stories. Those are the directions I’m going to try to go in. We’ll see if I can pull it off.”

As a massive fan of immersive sims, I can’t wait to see what the grandfather of the genre can do in that space with modern technology. Spector is saying all the right things, so now we just have to cross our fingers and hope the team can pull it off.

Do check out the Gamasutra interview, because there’s lot more stuff in there, and Spector talks candidly about his current situation, his hopes and the state of the studio. He even admits he doesn’t have a PC at the moment. Well, he’s mostly saying all the right things.