The first germs of the idea for Tactical Breach Wizards came to Tom Francis during a trip where his only gaming option was a PlayStation and a copy of XCOM 2. “I played XCOM 2 obsessively, like a hundred hours. I loved it, but I also had so many frustrations on the clarity, and just wanted to make an indie XCOM that would strip away all that stuff and be a lot more accessible and simpler in ways where the complexity is not interesting.”

Tactical Breach Wizards – or simply ‘Wizards,’ as Francis frequently called it during our interview – features a party of wizards outfitted in tactical gear. Every member of your team has their own abilities, which you can use to manipulate the world around you. You can see the consequences of your actions and rewind your moves at any time.

If you’ve followed the development of Francis’s previous games, like Gunpoint or Heat Signature, you know that it’s a process driven by prototypes and iteration. Wizards is driven by that core idea of tactics without uncertainty, but it’s still early in development and every concept in the game is still subject to change.

Most of the basics were shown off in a lengthy gameplay demonstration video, which gives a basic idea of how the classes and abilities will work. In one instance, we see the Riot Priest positioned between two enemies at opposite ends of a room. Then the Witch Cop sends out a lightning ability which chains from one enemy, to the Riot Priest, and then to the other enemy – knocking both baddies back and out windows in the process. 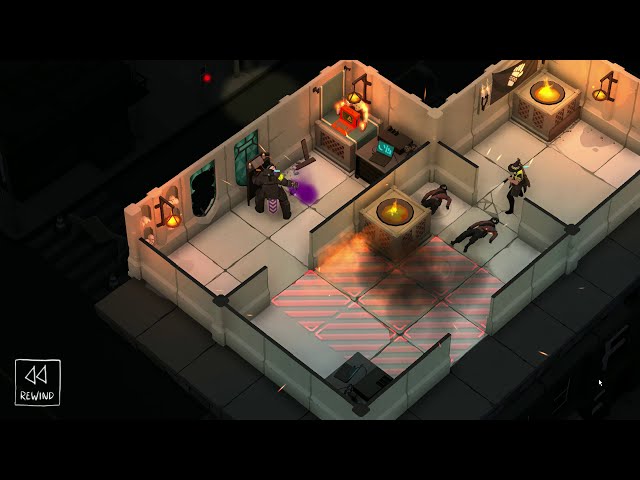 Tactical Breach Wizards builds on the shoulders of giants

Some of those concepts might sound familiar after last year’s excellent Into the Breach, and Francis says that release “could have gone one of two ways” during Wizards’ development. “One way is ‘shit, they’ve done it way better than I ever will,’ and I should give up on my project and get dispirited. The way I chose to see it is that I can now build on the shoulders of giants.”

Francis describes Into the Breach as “almost as close to chess as it is to XCOM, in terms of knowing 100% what everyone’s going to do.” Wizards sort of bridges the gap between the two. It’s not as puzzly as Into the Breach can tend to be, but it doesn’t have the uncertainties of XCOM – so you’ll never blunder into a squad of enemies and face a squad wipe because of that small mistake. 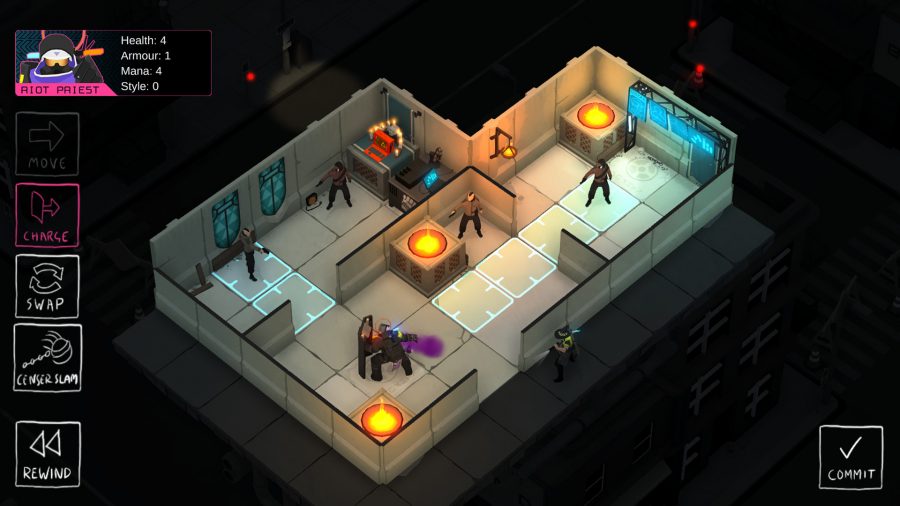 The stakes are very high in both Into the Breach and XCOM, and Francis says Wizards’ rewinds help “remove the fear of failure and mistakes, and the risk that discourages people from trying interesting things.” Wizards will also focus on giving players encouragement to look for creative solutions, like special missions where you have to figure out a clever solution to a situation.

Your team will likely have six members, each representing their own class. Francis likens the game’s main story to Mass Effect 2 – it’s about building the team and dealing with things from their respective pasts. The main missions will likely set you up with specific squad members, while optional side missions will give you more options about who you send into the fight.

One of the other classes in the works, which we didn’t get to see in the video, is the Navy Seer. He’s a Navy SEAL, gruff and grizzled in the Call of Duty tradition, except that he can see the future. “It’s going to be that he can see just one second into the future, and that’s why you can rewind your turn as many times as you like. You’re not actually going back in time, it’s him knowing what would happen if we did this.” 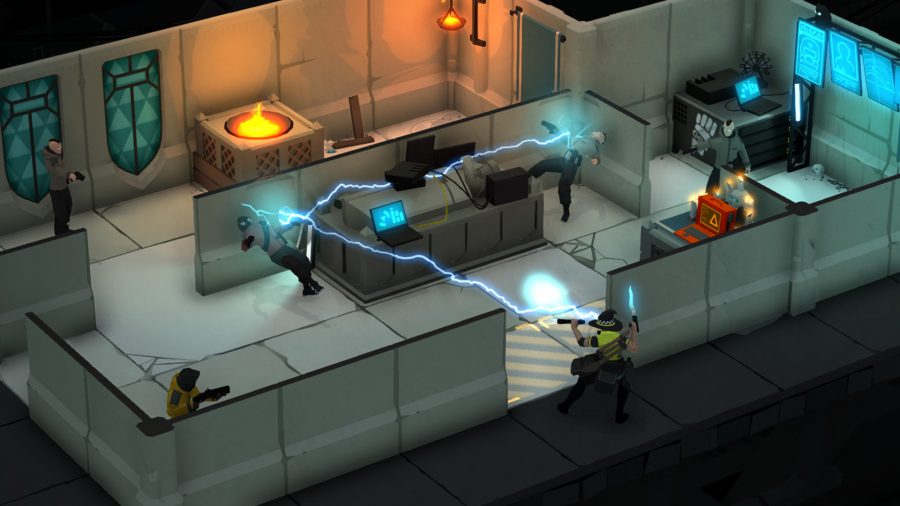 The Seer is going to be a support class, and currently the ideas for his abilities include letting other characters act more than once in a turn. Another idea is the ‘flashback grenade,’ which will likely produce whatever effect most recently hit the Seer.

Francis hedges just about everything he has to say about Tactical Breach Wizards with the idea that it’s still early in development, very little is set in stone, and almost every feature is subject to change. That’s the approach he’s taken with most of his games, offering minute details about development the whole way. That started with Gunpoint because it was a “spare time project. I knew there was a very high chance I would just peter out, forget about it, and never finish it. So I announced publicly ‘I’m making this!’”

By now, he says offering public development updates is “very much like a support mechanism. It’s cathartic. You make something, you show it, and then people sometimes reply or like it, and you feel validated. It motivates you to keep going.”