With this first update to the Steam Early Access game, you’ll now be able to guide crafts to the surface of Mars yourself, without relying on automated systems.

The update also adds some handy additions to the tools at your disposal, including an option to upload photos taken by your Mars rover to Steam from in-game, fuel tank level indicators on the HUD, a new small rover: the T5, and numerous tweaks to thrusters, physics and environments. You can see every change over at the Take On Mars changelog.

Bohemia have released a trio of dusty-red screenshots in celebration, showing a craft dropping to the planet surface, no doubt manually controlled by a person who wont faceplant it into a crater in an explosion of light-weight alloys and rocket-fuel. 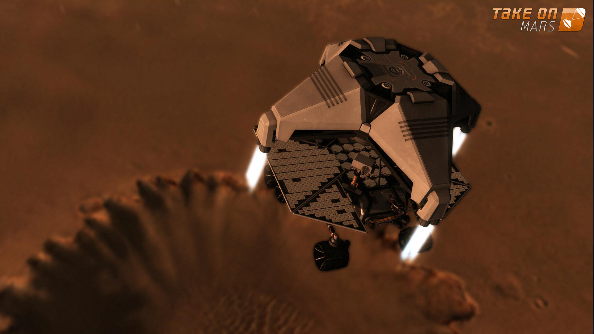 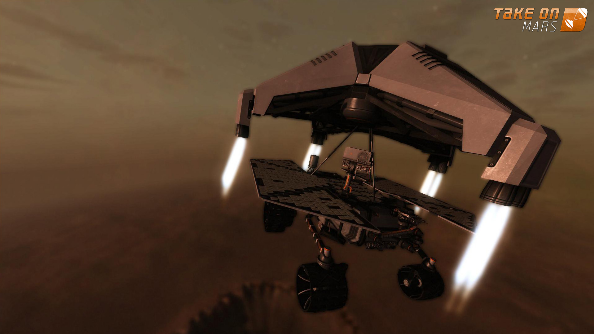 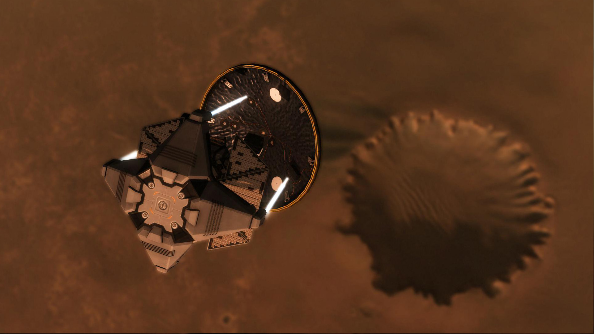 Take On Mars can be purchased in its current state through Steam Early Access for £8.99. Tim took a look at it when it first broke orbit and though it was pretty amazing.