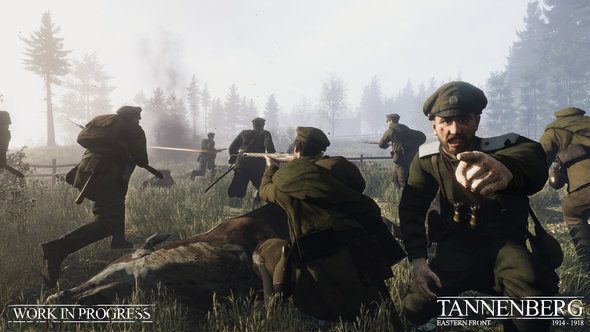 Blackmill Games and M2H have just announced Tannenberg, a standalone expansion to their hit World War I multiplayer FPS Verdun. This new title is set to take the fight out of the trenches and onto the much more open battlefields of the Eastern Front.

If you prefer your gaming to be a little more futuristic, why not check out our list of the best space games on PC?

Based on the battle of Tannenberg in 1914, the new title will be shaking up the formula a bit, adding a new mode designed for player counts of over 32 combatants, as well as making the experience a more mobile and less claustrophobic one.

A host of new maps will take you from exposed snowy plains and thick forests to burned villages and mountain pastures. With a focus on historically accurate weapons and portraying the often-overlooked Russian and Austro-Hungarian armies, Tannenberg looks to be a fresh take on World War I.

Tannenberg is not yet available for pre-order, but you can add it to your wishlist over at the official Steam store page.